More than 6,000 Amazon employees have signed an open letter to CEO Jeff Bezos challenging the company to develop a comprehensive plan to address climate change. This is the largest display of environmental activism driven by employees in the tech industry to date, and the signature count is still growing.

What's The Gist Of The Letter?

The authors call out Amazon for its active pursuit of contracts with oil and gas companies and its funding of members of Congress who consistently vote against climate legislation. They highlight the loopholes in Amazon's sustainability programs — for example, how their "Shipment Zero" program (which sets a goal of making 50% of all shipments net zero emissions by 2030) only commits to net emissions, which means Amazon can simply buy carbon credits while continuing to pollute. Specifically, the letter calls for a goal of zero emissions by 2050, a "complete transition away from fossil fuels", and "prioritization of climate impact when making business decisions".

What Has Amazon Actually Been Doing?

Running the PR machine. Bezos has made a show of hopping on board the "We're Still In" pledge with Google and Facebook (to uphold the Paris Agreement), publicly announced plans to power data centers with 100% renewable energy, and popped champagne on top of wind turbines to announce new wind farms.

Meanwhile, Amazon has quietly abandoned their renewable data center plans, racked up quite a bit of new business developing custom solutions for fossil fuel companies, and remains the largest US company that refuses to disclose its carbon emissions. 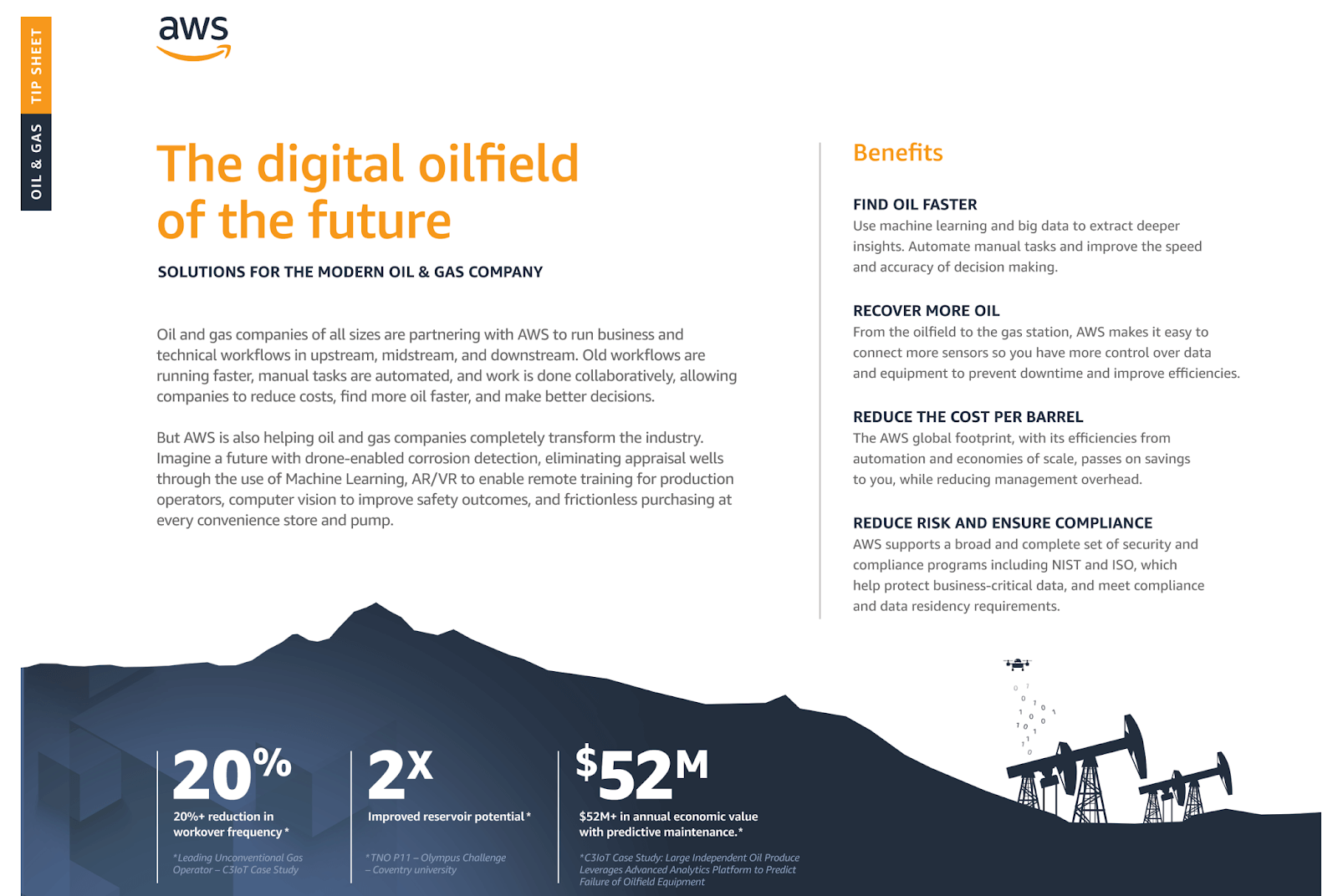 So How'd The Letter Thing Start?

Around two dozen employees who own stock in the company filed a shareholder resolution in December. After learning about Amazon's connections to the fossil fuel industry, they met with the sustainability team, who apparently had no idea such connections existed. Amazon designer Emily Cunningham said the meeting “really showed us Amazon is not taking climate change seriously if the highest levels of the sustainability team are not even aware that we have an oil and gas business.”

The resolution comes up for a vote in May during the company's annual meeting. Amazon's board has officially recommended that shareholders vote against the proposal — a strategy that might backfire now that this letter has garnered so much publicity.

Transportation is the leading generator of carbon emissions in the US (oh hey Amazon Prime). Electricity is number two (looking at you, data centers). Amazon has a tremendous influence on both of these sectors and is known for its innovation. They could truly nudge the world in the right direction if they chose — you'd think that a company that has made a habit of disrupting industries could conceive of a better use for machine learning and the Internet of Things than helping BP and Shell automate the exploration of new oil sources. Hopefully this letter pushes them to do so.

The Trouble With Palm Oil

What is Palm Oil?

Produced from the oil palm tree in tropical countries like Indonesia and Malaysia, palm oil is used in everything — cosmetics, soaps (it's a good foaming agent), packaged foods, and biofuels. Its use in the snack food industry has exploded in recent years (it's trans-fat free), and it's now present in more than half of all packaged products consumed by Americans. From 1995 to 2015, palm oil production quadrupled, becoming the world's most used vegetable oil — more than 27 million hectares of the globe are covered in palm oil plantations. 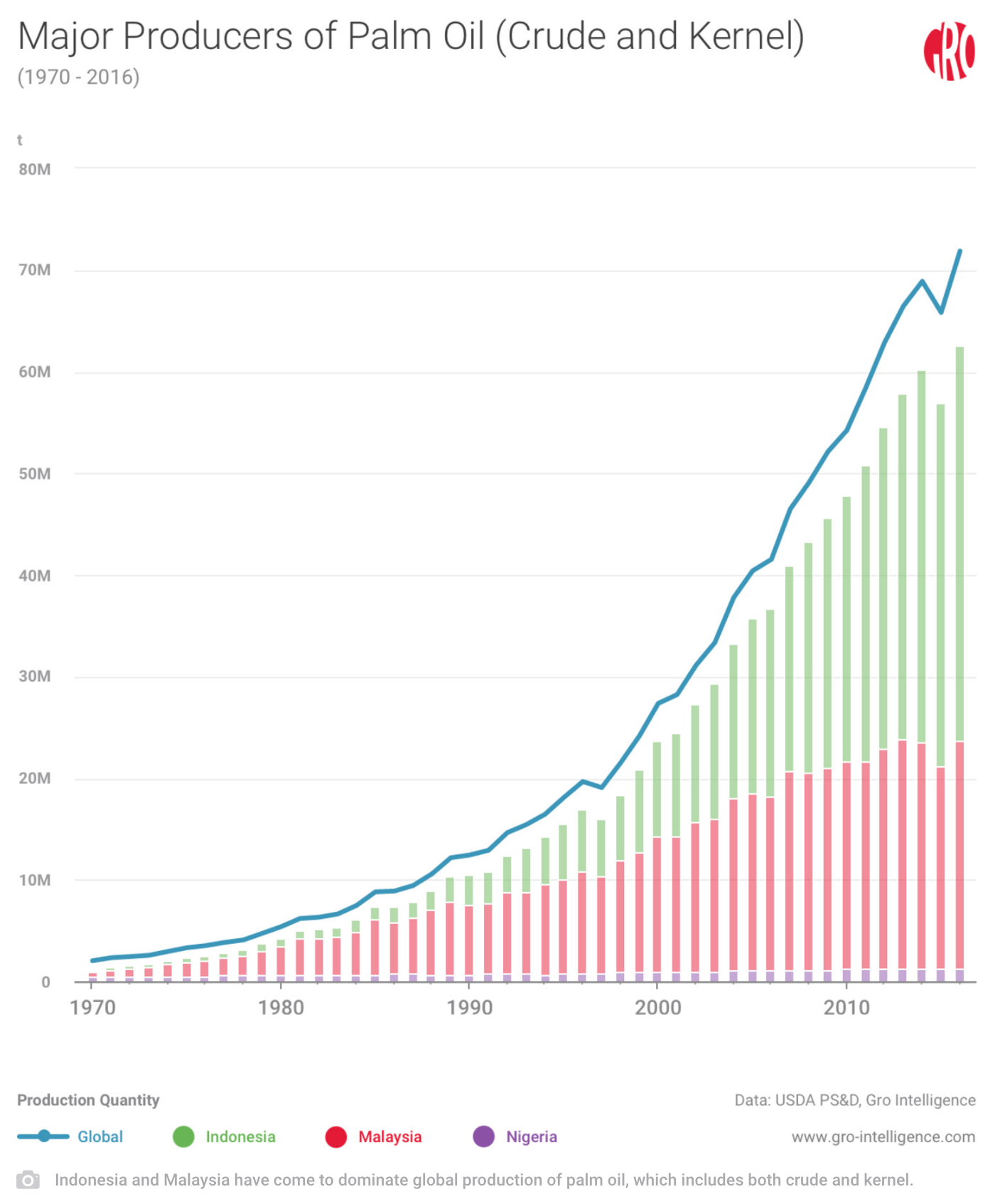 Why Is It So Popular?

It's the cheapest to produce — the oil palm can be harvested year round and requires far less land than other sources of vegetable oil. Product-wise it has a long shelf-life, can deal with high temperatures, and has no color and odor. While the majority of palm oil goes into packaged products in the Western world, an increasing amount is now used for biofuel, especially in the European Union — half of the palm oil exported to the EU is used as biofuel. 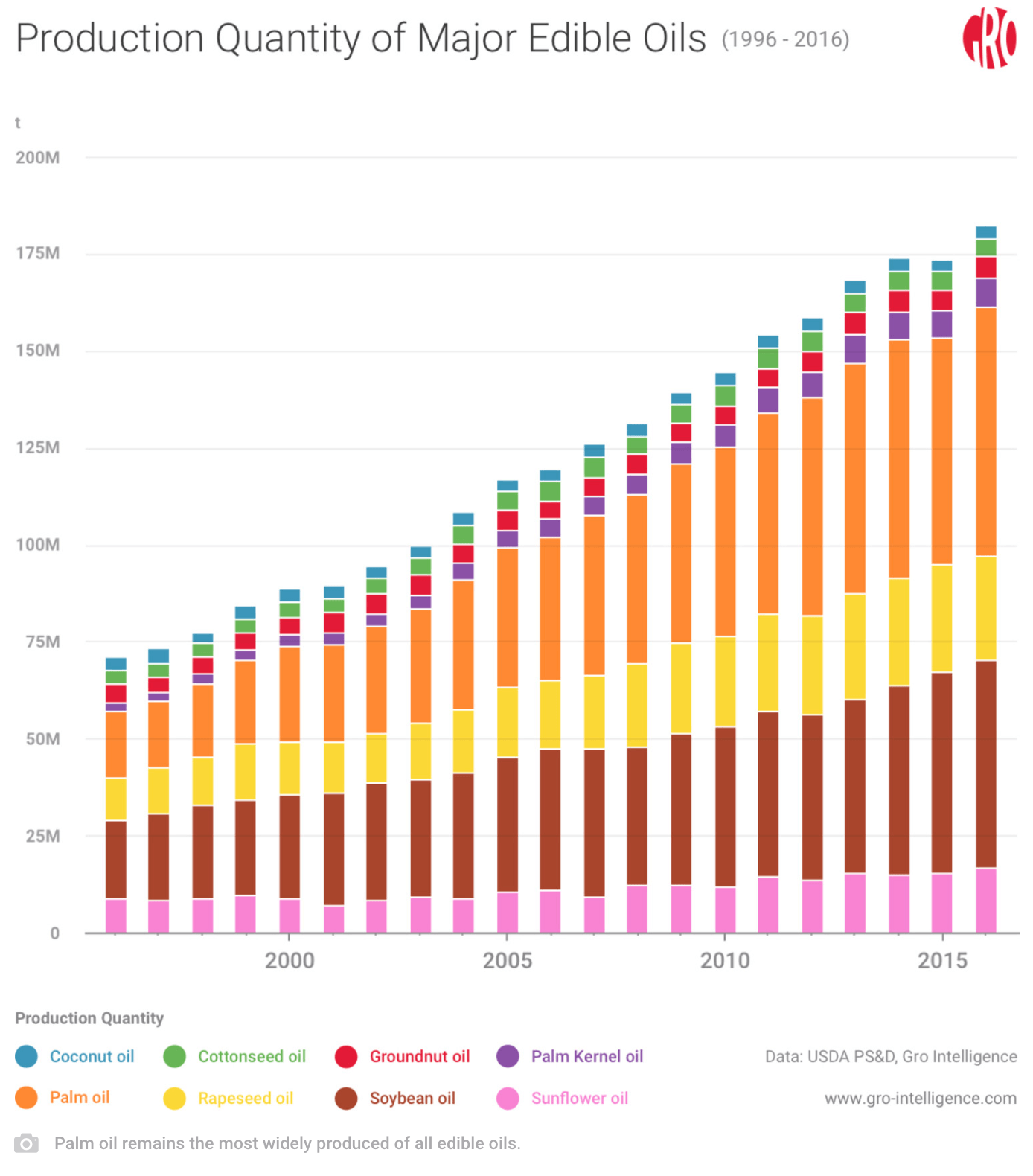 So What's the Problem?

To keep up with global demand, farmers in Southeast Asia have cleared huge amounts of biodiverse tropical forest land to make way for palm oil plantations — palm oil production is the largest cause of deforestation in Southeast Asia. Nearly a quarter of the tree cover in Indonesia and Malaysia has disappeared in the past two decades. As a result of this deforestation, Indonesia is now one of the largest greenhouse gas polluters in the world, and animals like the orangutan, Sumatran tiger, chimpanzee, and Borneo elephant are on the decline due to habitat loss. It's also been a source of child labor issues...

Can It Be Produced Sustainably?

In 2003, the Roundtable on Sustainable Palm Oil (RSPO) was formed by some of the largest palm oil producers, banks, and nonprofits with the goal of making palm oil production more sustainable. RSPO certified palm oil can now be found in many products at the grocery store. However, some environmental groups are skeptical about the certification and worry that this is just another case of greenwashing. A study at the University of Queensland found that RSPO certified plantations do no better than non-certified plantations when it comes to sustainability, orangutan protection, and benefits to local communities.

Not necessarily — this issue is a tough one. On the whole, it's a lesser evil. Switching to alternative crops (i.e. sunflower oil) would increase land requirements and exacerbate deforestation. Palm oil also requires relatively less pesticide and fertilizer, and serves as a significant source of income for local farmers in countries that produce it. Environmental groups have pushed for restrictions that would require palm oil growers to plant on already-deforested land — Wilmar International, the world's largest palm oil distributor, recently committed to a 100% zero-deforestation agreement.

In the meantime, one thing you can do is investigate the brands you purchase — check out this scorecard from the Rainforest Action Network that rates the impact of different snack food brands on rainforest destruction.

Along the coast of Peru, scientists discover an ancient whale with 4 legs.

Counties with more trees and shrubs spend less on Medicare.

MIT’s recycling sorting robot can ‘feel’ the difference between materials.