Whatever Happened to Global Warming?

The federal government dropped the fourth National Climate Assessment (NCA4) on Black Friday. The report is a huge multidisciplinary effort (it includes 13 federal departments, 300 contributors, and over 1600 pages) that summarizes the state of the research on climate change and analyzes its effect on the economy, agriculture, energy production, and health. Although the report focuses on the implications of climate change within the United States and doesn't contain policy suggestions, it's hard to ignore its urgency and the direct contrast to a president who tweeted this earlier in the week: "Brutal and Extended Cold Blast could shatter ALL RECORDS - Whatever happened to Global Warming?"

This year's report is Volume II of NCA4 (the first came out in November 2017). While the first volume focused on how and why the climate is changing, Volume II emphasizes the imminent consequences and risks of climate change, as well as how the U.S. can adapt and mitigate damage.

Agriculture — U.S. agriculture is threatened by increased temperatures, droughts, increased heavy rains, wildfire on rangelands, and more. Crop yields will fall and prices could become unstable — by 2100 we face costs of $500 billion a year in crop damage, lost labor, and extreme weather damages.

Ecosystems — A range of factors will affect the availability of water nationwide (droughts in the Southwest and Southern Great Plains, Western mountains retaining less snowpack, algal blooms in the Midwest, sea level rise in Hawaii). The distribution of disease-carrying insects will shift (more ticks that carry Lyme disease and mosquitoes that transmit viruses like West Nile and Zika).

Human Health — The impacts of climate change disproportionately affect vulnerable communities (for example, urban disruptions in food supply as a result of extreme weather events will exacerbate food insecurity). Air quality will get worse as a result of fires and smog (from ozone pollution), and allergic illnesses will become more severe.

It's Not All Bad — The report also includes some positives, highlighting the commitments that communities, states, and businesses around the country are making to combat the effects of climate change. The graph below showcases these actions. 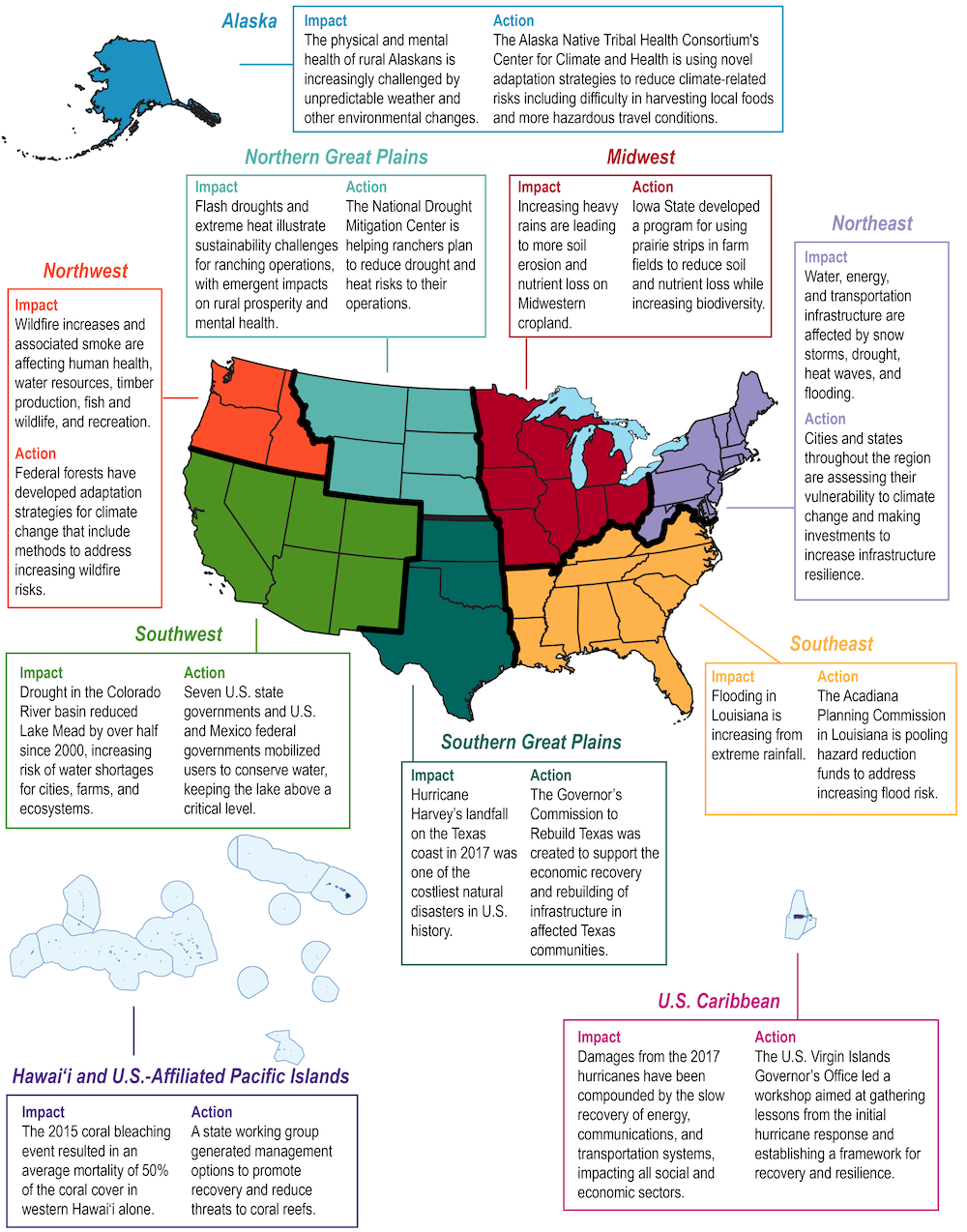 How to Learn More

The report covers a ton of ground, but the researchers do a fantastic job of condensing the results in a general overview. They also include a powerpoint that summarizes the report even more, and includes many helpful infographics.

Airplanes have flown through our skies for over 100 years, each one driven by moving parts — propellers and turbines. And for most of that time, they have also been powered by fossil fuel combustion. Air travel has the greatest climate change impact of any mode of travel or freight transportation, and CO2 emissions from international aviation have increased 83% since 1990.

No alternatives for reducing aviation emissions were really on the horizon — but MIT researchers released a paper last week showing a proof of concept for flying a completely electric plane without any moving parts. The plane is powered by electroaerodynamic propulsion, a concept that dates back to the 1960s but was previously thought to be unfeasible.

The plane contains an ultralight high-voltage (40,000 volts) battery that generates ions in the air around two stationary electrodes, which creates an electric field that accelerates the ions back and forth — along the way they collide with air molecules which propels the plane forward. It sounds fancy, but this is actually the same technology used in bladeless desktop fans. 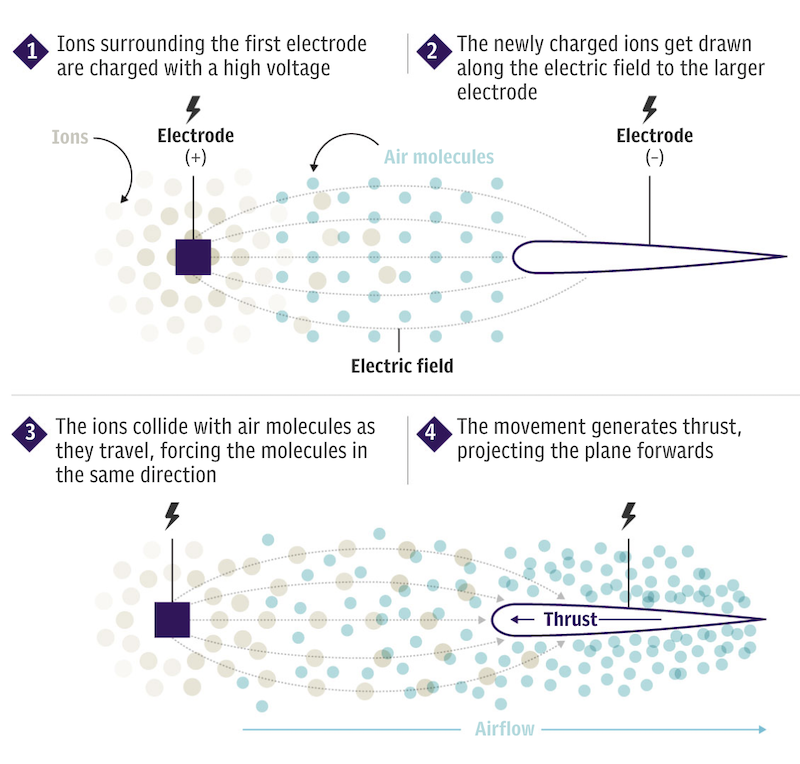 When Can I Fly On One?

This is still very early stage — the test plane only flew for about 12 seconds. But it's a crucial step in aviation technology. Even if it can't be made efficient enough to power commercial planes, it could be used in tandem with a conventional jet engine, which would reduce the emissions involved.

Why is wombat poop cube-shaped?

A constructive solution for old clothes.