Annual grains (wheat, corn, rice, etc) are a bit of a problem child. While they make up 70% of farmland and supply the bulk of calories worldwide, their lifecycle causes a slew of environmental issues. Specifically, they must be replanted every year — the consistent soil disruption releases stored carbon, increases the risk of erosion, and causes nutrient leakage. In contrast, perennial grains can be planted once and harvested for years, while growing deep roots that tap into water and nutrients that annuals can't reach. This reduces the amount of water and fertilizer needed and makes them more drought tolerant. And, because they don't require tilling, they sequester more carbon and prevent erosion. Shifting agriculture towards perennials would lead to farms functioning more like natural ecosystems, where diverse perennial species predominate. 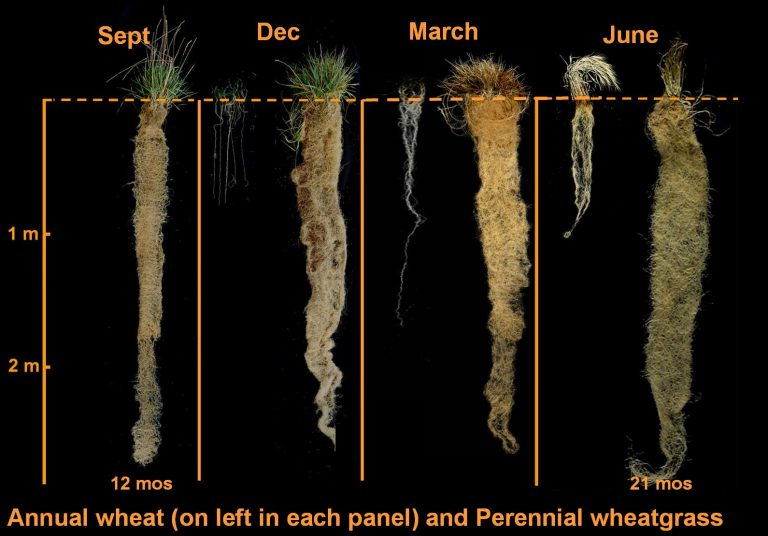 So Why Aren't We Just Growing Perennials?

It's all about yield — perennials don't provide as much crop. But scientists are working on it. The most promising candidate is Kernza®, under development by the Land Institute. Kernza is a perennial cousin of wheat, originally from Central Asia. It's been used as livestock feed for years, and the Land Institute has worked since 2003 to make it productive enough to feed humans.

Well, the official name for the plant is intermediate wheatgrass, but that doesn't roll off the tongue as well. Scientists at the Land Institute called it Kernza because they wanted it to be "unique and catchy, and remind people of Kansas". 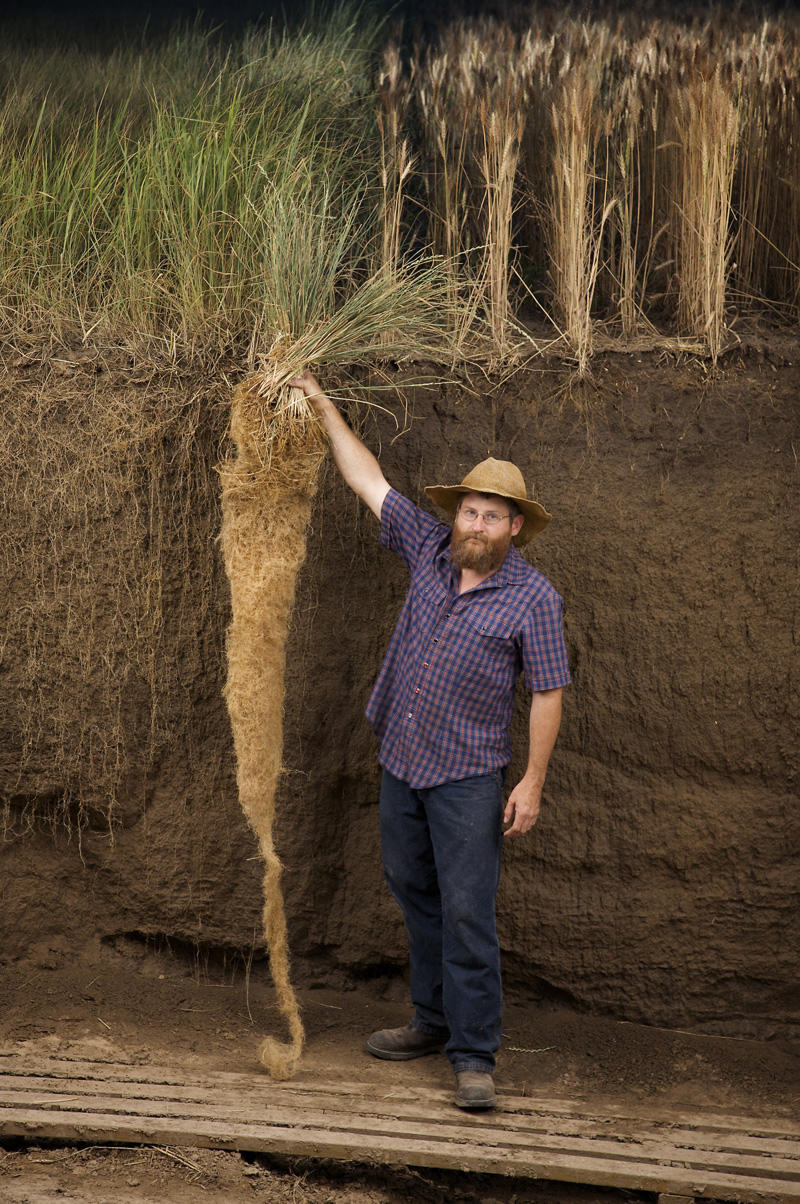 Where Can I Find It?

Right now Kernza is only available in small quantities in niche markets, but the goal is to scale up. Patagonia Provisions was the first to invest, growing 120 acres of Kernza for its beer, Long Root Ale. You'll also be able to find it at the grocery store soon thanks to Cascadian Farms (owned by General Mills), who will be launching their Honey Toasted Kernza cereal in late 2019.

The Cascadian Farm partnership, in addition to a $500k grant from General Mills, will allow The Land Institute to plant commercial-scale fields and further their research on the sustainability and potential of perennial grains. There's a long road ahead before perennials replace staples like wheat and corn (the current yield per acre of Kernza is only a quarter that of wheat) — according to Fred Iutzi, president of the Land Institute, "commercial production of Kernza in 2019 is akin to taking a car for a test drive when it's halfway down the assembly line".

Regardless, the future is bright, and maybe one day we'll be calling the Corn Belt the Kernza Belt — it certainly sounds better. In the meantime, you can learn more about other potential perennial crops (like legumes, oilseeds, and sorghum) here, and support The Land Institute's work here.

Fueled by a growing global middle class, clothing production has doubled since 2000 — it's estimated that twenty items of clothing are made per person per year. Each year about half that clothing is sent to a landfill or incinerator (a garbage truck of textiles is wasted every second). In countries like the US and China, the lifespan of a clothing item has decreased by 70% over the past two decades, while the average shopper buys 60% more clothes. And only 13% is recycled after use. 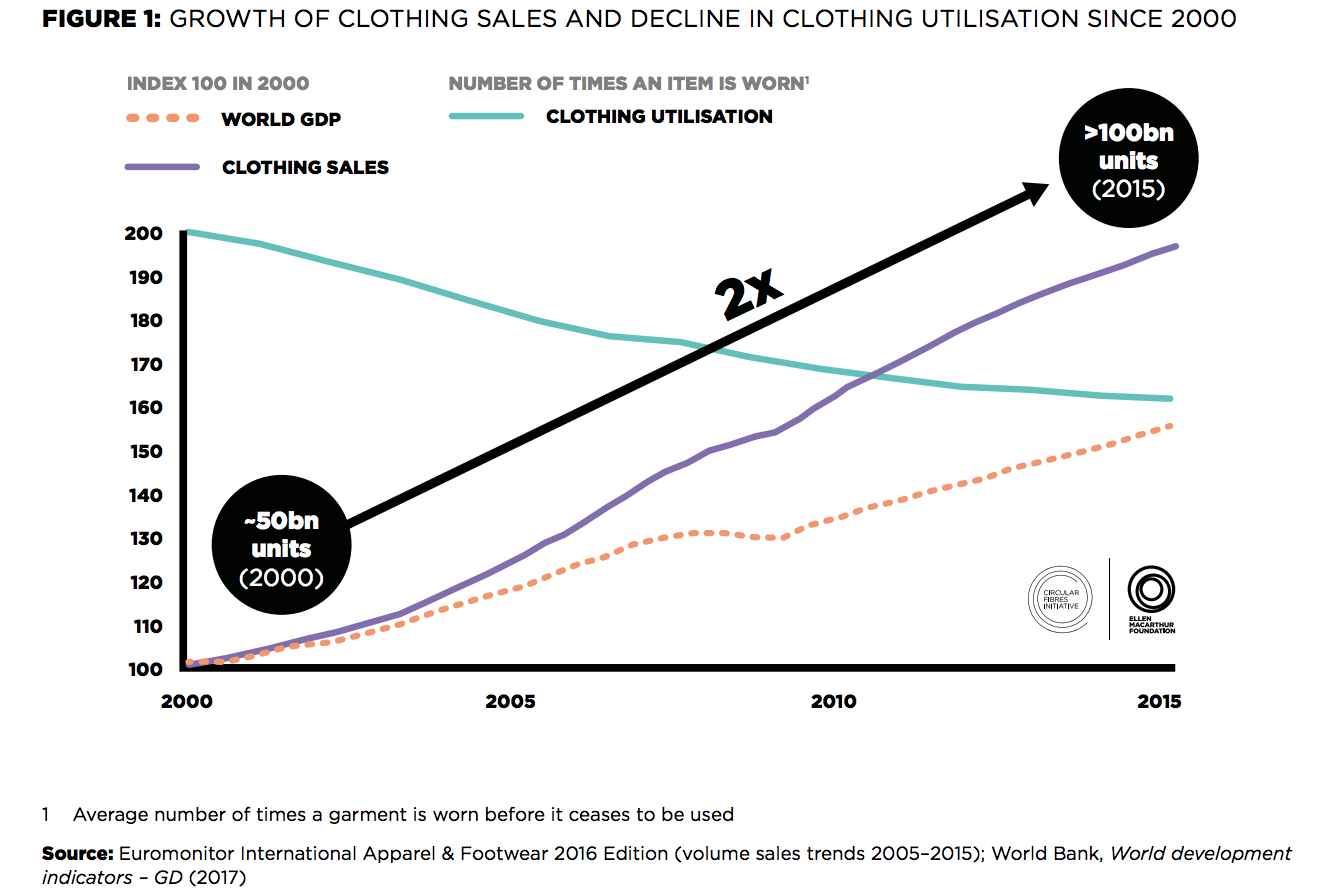 So What's The Root Of The Problem? 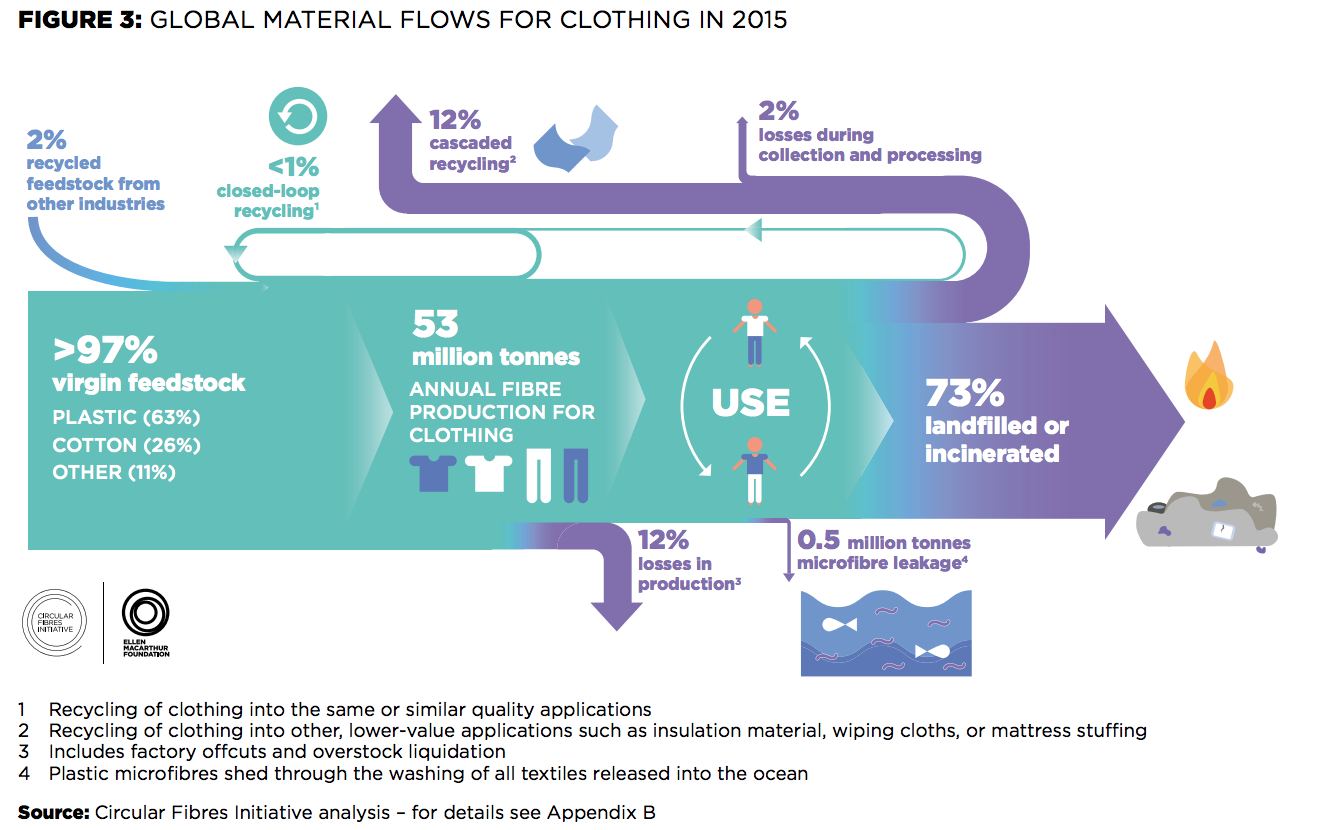 How Does This Affect the Environment?

The clothing industry takes second place for highest consumption of water, producing 20% of all wastewater. Cotton is particularly thirsty (one cotton t-shirt = 2700 liters of water). The industry produces 10% of global carbon emissions — more than all international flights and overseas shipping combined. And emissions are just the start. Synthetic fibers shed plastic during washing and end up in the ocean, driving the invasion of microplastics into everything (the manufacturing of a polyester shirt has twice the carbon footprint of a cotton shirt). It's only getting worse — at its current rate the fashion industry will use three times as many resources in 2050 than in 2015.

How Can We Fix It?

The fashion industry needs to move away from the linear "take, make, dispose" model towards the circular model, which focuses on creating long-lasting, durable clothing made of renewable materials and converting old clothing into new textiles. The Ellen McArthur Foundation has championed this idea, creating an initiative called "Make Fashion Circular." So far, industry leaders like Gap, Nike and H&M have partnered up with the initiative (although they're the source of many of the problems associated with fast fashion). 94 fashion companies also signed this pledge committing to hit specific targets around circular design, clothing collection and recycling, and reuse by 2020. 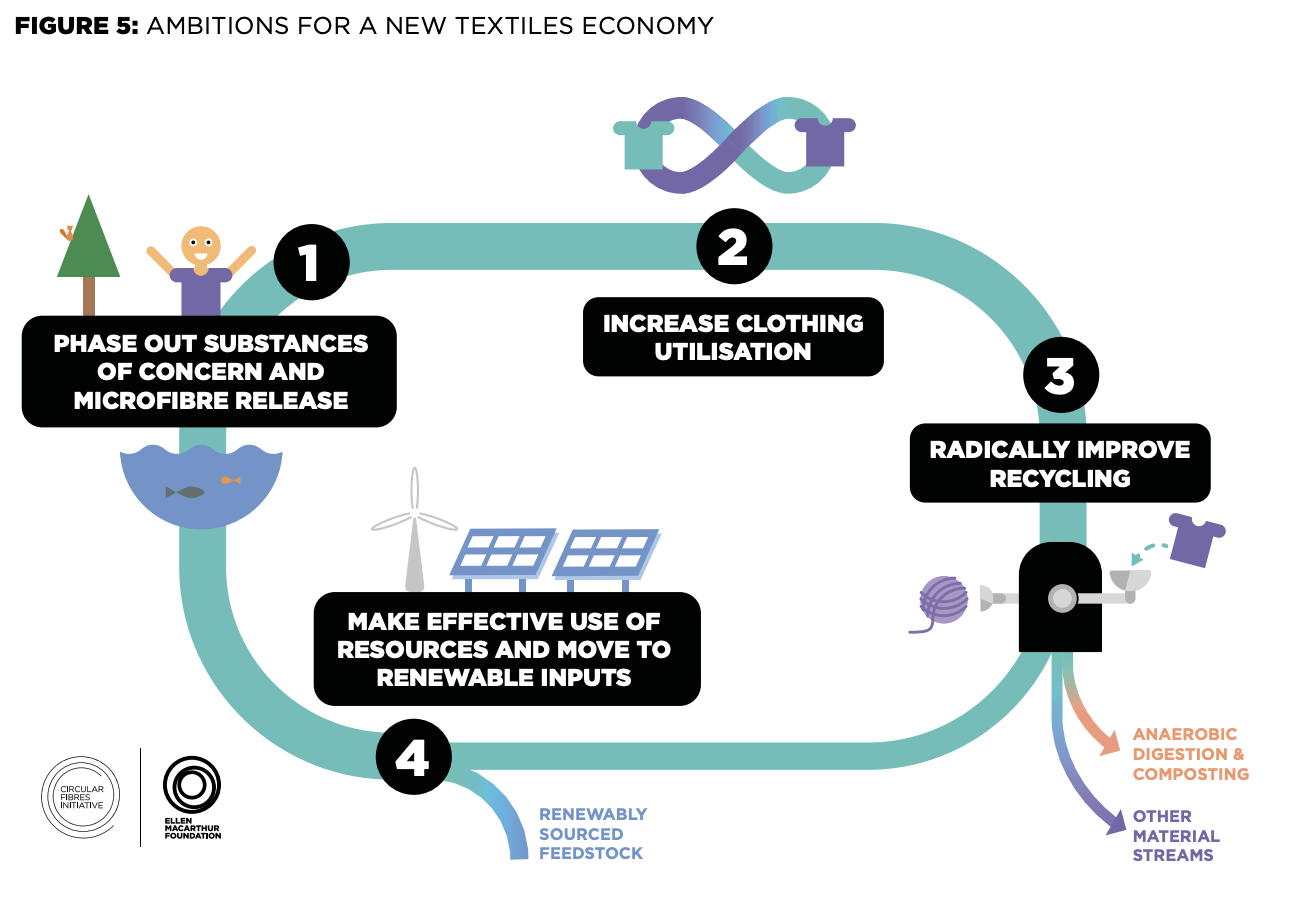 Beware of greenwashing and that $8 shirt. The best solution? Shop less and buy second-hand. If you insist on buying new, look for good quality pieces made from natural fibers (like cotton, linen, wool, etc) that you'll wear repeatedly. Also, research the brands you buy. The company Good On You has great consumer guides on finding sustainable clothing brands. Lastly, washing your clothes less will prolong the life of your clothes and help cut down on the amount of plastic released from synthetic fibers.

It looks like Banksy just created an Extinction Rebellion mural.

Why the 'Selfie of the Year' might do wonders for endangered gorillas.

China’s pig pandemic should worry everyone.

What’s the connection between climate change and keeping kids in school?

The surprising science of fighting crime with… trees.