At this point it doesn't seem we're getting a debate focused exclusively on the climate crisis. But with the first round of the Democratic Primary debates taking place last week in Miami — a city that will likely be nonexistent within this century — many expected it to be a main topic. Unfortunately, out of four hours of debate, the climate saw less than 15 minutes of action and constituted only 6% of the questions asked. 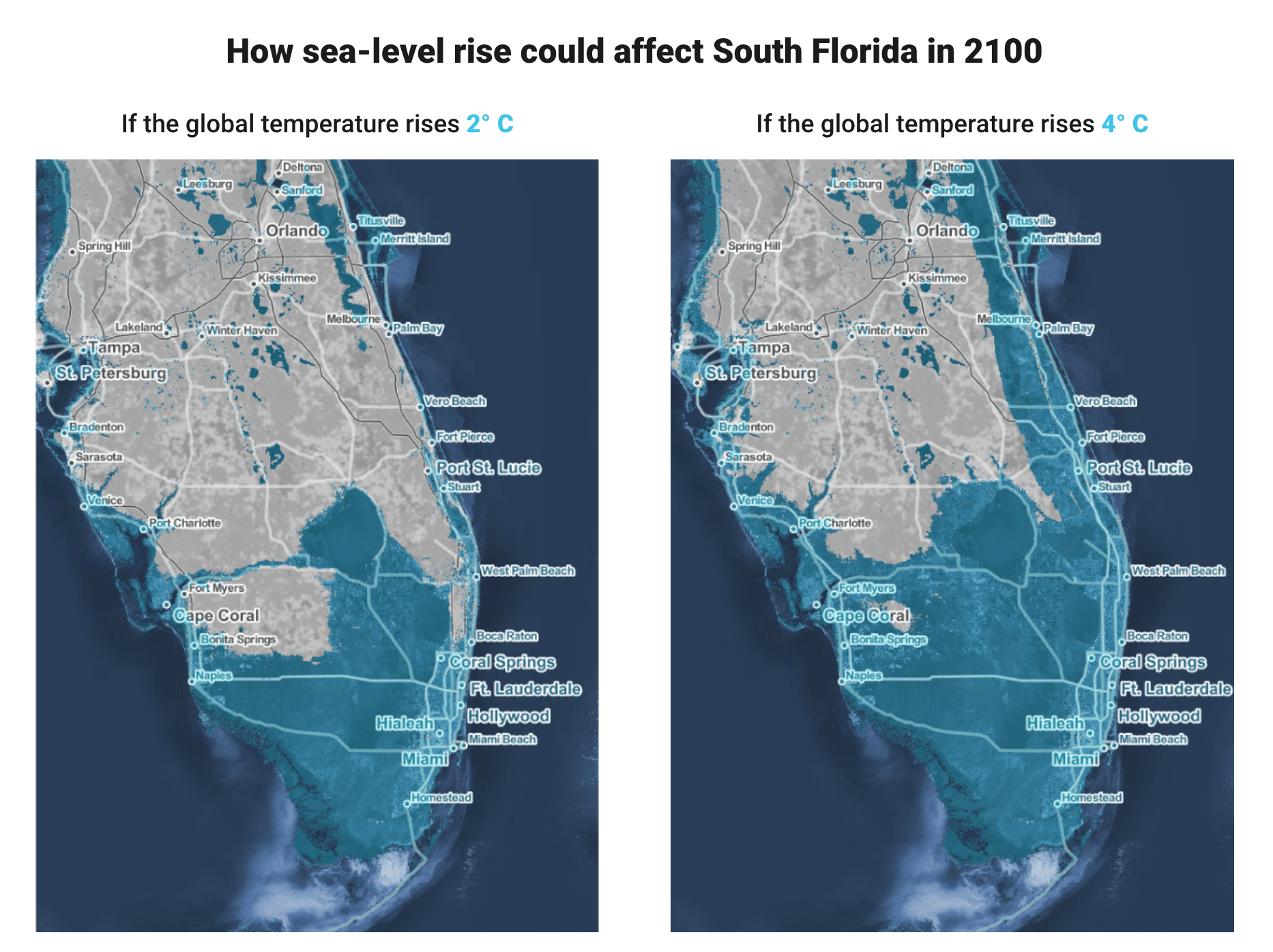 Give Me The Summary

In the first climate-related question of the debates, Jay Inslee (who has made the climate crisis the center of his campaign) was asked if his climate plan would "save Miami." Which is an inane question — long-term, no one can save Miami. That's not how sea-level rise works... And this question seemed to be indicative of the moderators' grasp of the scope of the issue. Many candidates payed lip service to the importance of tackling climate change, but the general discussion lacked anything concrete.

Maybe The Next One Will Be Better?

We hope so, but expectations are low. Jay Inslee had some strong feelings about how the first round went — in an open letter to the other candidates, he urged them to join him in demanding that the DNC allow a climate-specific debate:

"Climate change is the largest existential threat of our time, and it requires more than candidates’ one-minute bumper sticker lines. At last night’s first debate, the DNC and its media partners had the opportunity to show that they were listening and willing to help educate voters about our candidates' views and policy plans on climate change. They failed."

Let the DNC know you want a climate debate — sign this petition.

"Climate change is, among other things, an unconscionable assault on the poor."

Thus begins a new report from the UN Human Rights Council. In it they discuss how climate change and environmental degradation threatens to destroy all the gains we've made in reducing poverty and improving global health over the past 50 years. How even the best case warming scenario entails mass suffering for the world's disadvantaged communities, who did the least to cause it. And how global human rights groups have curiously treated the issue as a marginal concern.

Give Me Some Numbers.

2°C of warming could mean an additional 2 billion people without access to adequate water (this is already happening in a major city in India), and 400 million more going hungry. Climate related health issues could push 100 million people into poverty each year. And droughts and heat could set 140 million people on the move by 2050, as they are forced to choose between starvation or migration.

While the poorest half of the world has generated only 10% of emissions, the richest 10% have generated a full half. This is not only speculation about what the future holds — the per capita income gap between the richest and poorest countries right now is 25 percentage points larger than it would be without climate change.

And it's poised to get much worse. The report's authors believe this could all lead to climate apartheid — where "the wealthy pay to escape overheating, hunger, and conflict, while the rest of the world is left to suffer." Again, this is already happening. What do you do when a wildfire rips through your neighborhood? If you're an average person, you pack up and leave and hope for the best — if you're Kim Kardashian and Kanye West, you hire a private firefighting crew to protect your mansion from the flames.

We've made great strides in reducing poverty over the past couple centuries. Unfortunately, we've ridden on the back of fossil fuels and resource exploitation to get there. Continuing this direction spells eventual economic catastrophe — temperature rise alone could reduce global incomes by an average of 23% by 2100. For comparison, that's 65% greater than the Great Depression. That's a conservative estimate. And these changes are not reversible.

Anyway, the solution... "Addressing climate change will require a fundamental shift in the global economy and how States have historically sought prosperity, decoupling improvements in economic well-being and poverty reduction from resource depletion, fossil fuel emissions, and waste production." No easy task. But the authors point out that because drastic action is required anyway, it's a great opportunity to tackle existing inequalities.

Climate change is a human rights issue, and should be treated as such. As the UN report illustrates, clearly the hottest places on Earth are reserved for the poor. But as JFK once said, "the hottest places in hell are reserved for those who in time of moral crisis preserve their neutrality." Keep this in mind as you watch the Democratic Primary debates. Speaking of which...

Run For The Hills

Last week, Oregon lawmakers were pretty close to passing a robust climate bill, HB 2020. The bill, which is modeled on a similar California bill, would take an economy-wide cap-and-trade approach to lowering emissions. The gist: polluters have to pay for their emissions by buying credits — credit availability decreases over time, pollution goes down, bingo! Revenue from the credits would be reinvested into renewable energy infrastructure and green jobs.

You Said Almost Passed... What Happened?

The bill passed in the House and hit the Democrat controlled Senate last week, where it was expected to pass. In order to hold a vote, 20 senators must be present. The Oregon Senate has 18 Democratic senators, and 11 Republicans.

I Think I See Where This Is Going.

The Republican Senators argue that because Oregon is only responsible for 0.14% of global emissions, the bill would have a minimal global effect while hurting rural farmers, small businesses, and the timber industry. So, kids, what do you do in response to rules that you don't like?

You can always run away, because Democracy doesn't really matter anyway...

The Republican Senators actually fled the state, leaving the vote on the climate bill (and 125 other bills) in suspension.

Governor Kate Brown ordered the state police to find the lawmakers and to bring them back to the capital for a vote. Outlaw posters were shared online. One Republican Senator, Brian Boquist, was captured on video saying "Send bachelors and come heavily armed. I’m not going to be a political prisoner in the state of Oregon. It’s just that simple." Then the militia got involved.

What's With Oregon And Militias?

The Three Percenters', a paramilitary group, said in a Facebook post that "we will stand together with unwavering resolve, doing whatever it takes to keep these Senators safe" and that they will provide "security, transportation, and refuge" for the Republican Senators on the run. The capitol was shut down by the state police at one point because they believed there were credible threats from the militia.

Senate President Peter Courtney announced that the bill did not have enough Democratic votes to pass. Some think he's bluffing to get the Republicans back to the capitol. Governor Brown says she's not giving up. Stay tuned.

A new blend of rock and plastic is forming on a Portuguese island.

The Onion on how you can fix climate change.

The climate change lawsuit that could stop the U.S. government from supporting fossil fuels.

Everything you need to know about the booming business of fighting food waste.

The Koch brothers are trying to kill the electric car (again).