The Department of Energy is rebranding natural gas. In a recent press release the DOE extolled the virtues of spreading "freedom gas" throughout the world. The words "molecules of freedom" were also mentioned... To top it off, Secretary of Energy Rick Perry mentioned that as the US once liberated Europe from Nazi Germany, America is "again delivering a form of freedom to the European continent. And rather than in the form of young American soldiers, it’s in the form of liquefied natural gas."

You're not alone. To many it conjures the memory of US Congress deciding that french fries were actually "freedom fries" after France opposed going to war in Iraq in 2003. To others it recalls the "torches of freedom" ad campaign engineered by Edward Bernays and the American Tobacco Company, which used the women's suffrage movement as a way to sell cigarettes. Although this case might seem absurd, it highlights a nice little rule of thumb — whenever a thing is labeled as a "freedom thing", you should be very suspicious of that thing.

Freedom gas has a storied history — it was originally pondered at length by Benjamin Franklin in a letter to the French Royal Society now known as "Fart Proudly."

"My Prize Question therefore should be, To discover some Drug wholesome & not disagreable, to be mix’d with our common Food, or Sauces, that shall render the natural Discharges of Wind from our Bodies, not only inoffensive, but agreeable as Perfumes."

Back To The Point... What's Wrong With Natural Gas Again?

Natural gas is often mentioned in the context of being a "bridge fuel" as we move to decarbonize the economy — oil and gas companies like to paint it as a cleaner alternative to coal. We've seen a rapid expansion in gas production and consumption in the past couple decades (up 51% since 2000), as technological developments in horizontal drilling and fracking have provided access to previously unreachable pockets of natural gas and oil (especially in North America). But Oil Change International released a paper this week busting the myths that natural gas can be a clean, cheap, or necessary fuel source going forward.

Break Down The Issues For Me.

Let's take it step by step.

In true plutocratic form, oil and gas companies spend an obscene amount of money lobbying lawmakers. And their boldness continues to grow, as they've pushed hard for legislation that criminalizes peaceful protests of controversial infrastructure projects — in Oklahoma, for example, protesting a pipeline can get you 10 years in prison and $100k in fines. They also use dirty tactics like "astroturfing" to confuse voters — most recently a Chevron exec was exposed secretly pushing an anti-electric car campaign in Arizona. 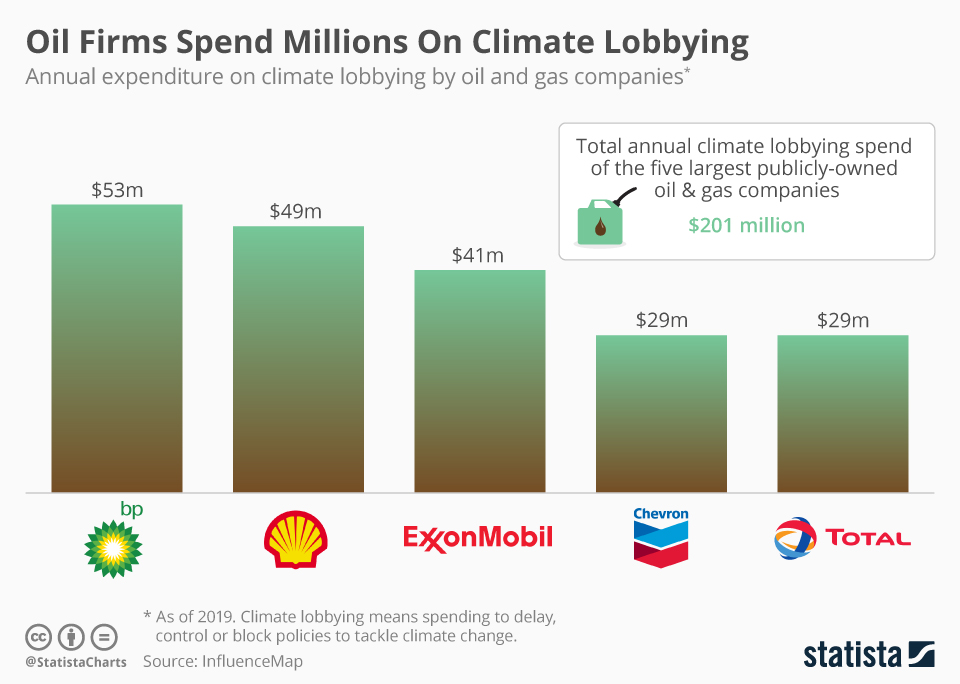 2. Fracking Has It's Own Bag Of Issues

Fracking is the primary method of producing natural gas. Watch this video for a quick primer — it makes it easier to visualize the process. Among other problems, fracking causes groundwater contamination, excessive water consumption, air pollution, exposure to carcinogenic chemicals, erosion and habitat destruction, a likely increase in earthquakes, and community disruption.

The report states that "methane leaks during every part of the gas supply chain." Because it's a greenhouse gas many times more potent than CO2, if industry fails to keep it on a short leash, leaks can cancel out the supposed emissions benefits of natural gas over coal. There's been a rise in atmospheric methane levels over the past decade, which the oil and gas industry is responsible for.

Simply continuing to operate the existing infrastructure in place right now would cause us to blow past the Paris Agreement goals — even if we completely phased out coal by tomorrow. We don't have any leeway in the carbon budget to move forward with new fossil fuel projects.

5. Switching From Coal To Gas Doesn't Cut It

Even if you solve the methane leak problem, replacing coal with natural gas does not cut emissions to the extent necessary, according to the IPCC standards. The economy must be decarbonized by 2050, and energy production is the "low hanging fruit" — the energy sector currently consumes 40% of the natural gas produced, and is the easiest to transition to renewables.

The price of wind and solar energy continues to rapidly drop. The latest report on renewables states that "almost every source of green energy can now compete on cost with oil, coal and gas-fired power plants." And it's only going to get cheaper. 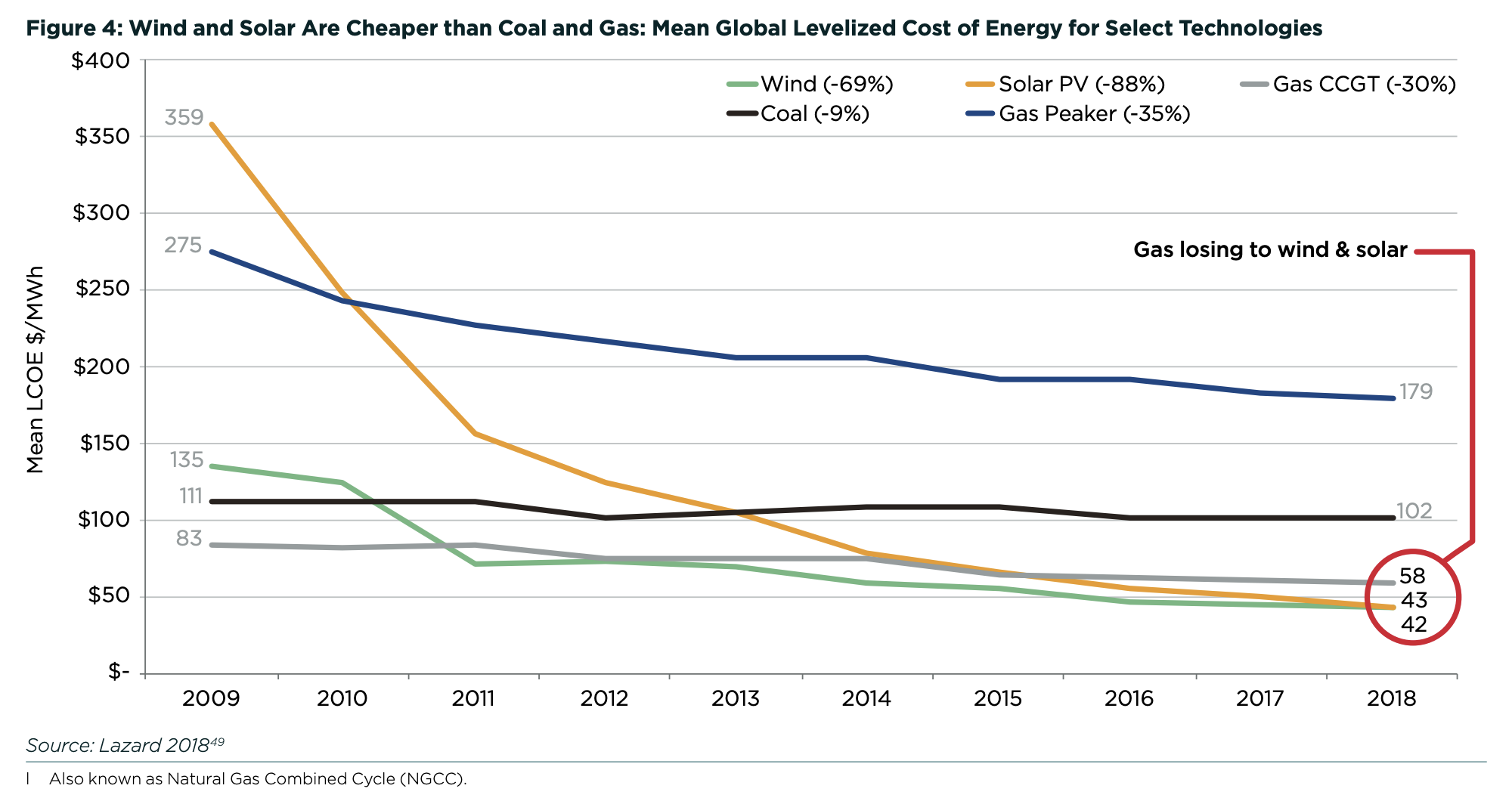 7. Gas Is Not Essential for Grid Reliability

As BlitzenTrapper sings, "The wind don't always blow, and the sun don't always shine." These gaps must be accounted for to keep the energy flowing — but there's no reason to choose gas as the fallback. There are many other competitive options that are increasingly available (i.e. battery storage is becoming cheaper and longer-lasting).

Natural gas infrastructure like pipelines and power plants require huge initial investments — but once set up, they're cheap to maintain. So profits kick in further down the line. This means that the more we build, the tougher it will be to transition in the future. Policymakers need to start thinking long term. If we're planning to keep the world livable, a shift to clean energy is inevitable — so we need to plan that infrastructure now instead of pandering to oil and gas companies.

Mass mortality events, where some incident wipes out a huge portion of a species, have been steadily increasing due to biodiversity loss and climate change. A recent study breaks down the latest — the collapse of tufted puffins, who make their home on the Pribilof Islands in the Bering Sea, midway between Alaska and Russia. 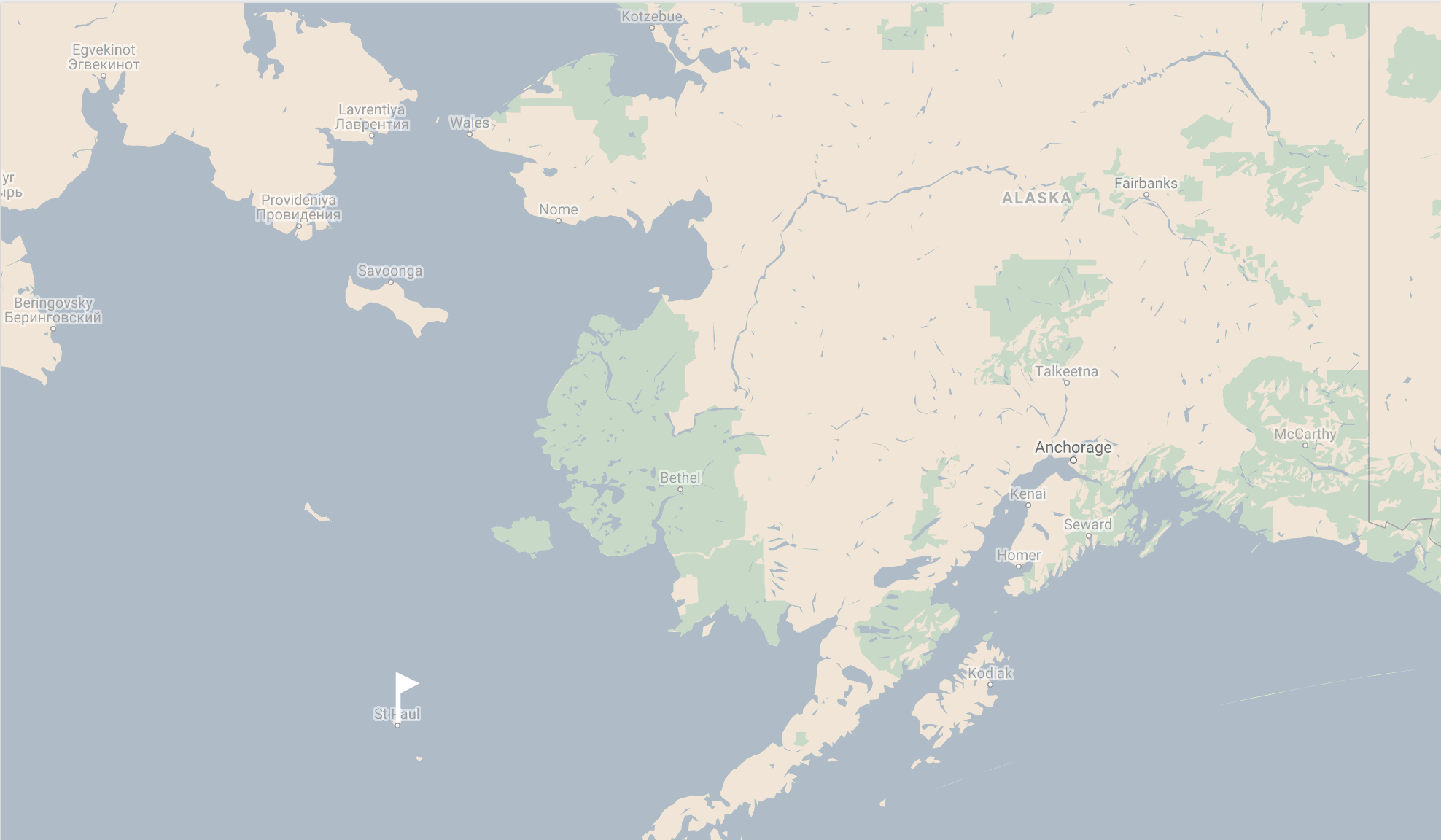 Why Are They Dying?

Mainly due to starvation. The Arctic is warming significantly faster than the rest of the planet, leaving less sea ice in the Bering Sea. This means less real estate for the animals that rely on it — it also means warmer water flushed through the Bering Strait. The warmer water alters the entire food chain, messing with zooplankton populations and preventing fish from congregating in cold spots, where the puffins love to hunt. Julia Parrish, the study's lead author, said: "There's a shift to smaller and less energy intense species. It's like going from a Cliff bar to a rice cake. You can eat the same volume, but you're not going to get the same nutrients. If you're a predator, you have to work harder and spend more energy to get energy." Most of the puffins were also in the process of molting when they died — a time when they need extra food and can't fly. 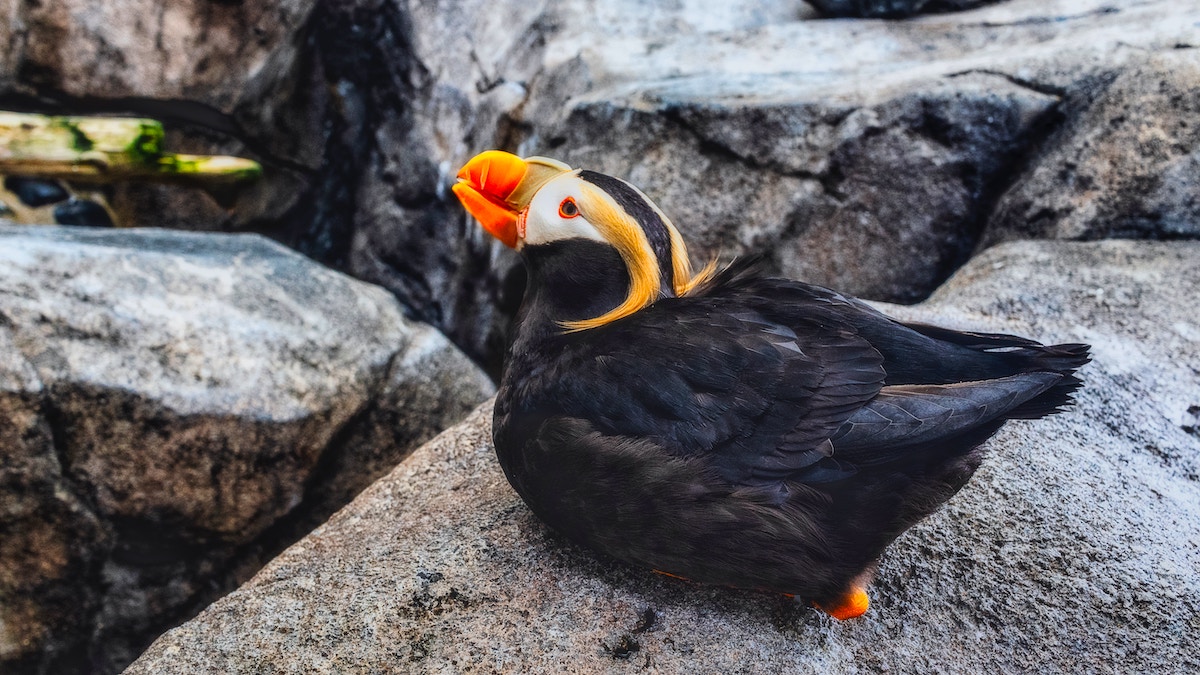 That's not the end of it. Parrish's team has documented five other mass mortality events in the Northeast Pacific in the past five years, from murres to auklets to kittiwakes. She says "we've had die-offs before, but now we're seeing them every year. Altogether that's millions of birds dying. Millions."

Healthy fat hidden in dirt may fend off anxiety disorders.

Where’s your 2020 candidate on climate?

Exxon refused to take questions from a Gwich'in leader at their shareholder meeting about their plans for the Arctic Refuge.

Complex life may only exist because of millions of years of groundwork by ancient fungi.

Why a Hamptons highway is a battleground over Native American rights.

Tonnes of plastic waste dumped in Malaysia will be returned to UK, US and others.

How glass skyscrapers took over the world — and why we need to stop building them.

From potatoes to coffee, plant breeders are changing crops to adapt to an uncertain climate future.

The rise of meatless meat, explained.

CNN ran a ‘climate justice’ segment and this is progress.