ArticlesAboutContactSponsor
04.22.2019
How To Get Arrested And Influence People
Subscribe

How To Get Arrested And Influence People

How To Get Arrested And Influence People

In the age of social media, there's little people enjoy more than a good spectacle. The environmental activist group Extinction Rebellion is providing plenty — over the past week they've staged an extended protest in London, calling on governments to take radical action to fight climate change. The antics of protesters grabbed headlines as intended — a dozen people stripped down to their skivvies in the House of Commons during Brexit talks, others held picnics in the middle of the road, and an 80 year-old woman locked herself to the bottom of a lorry, saying "I refuse to leave a barren and broken world for my beautiful grandchildren". 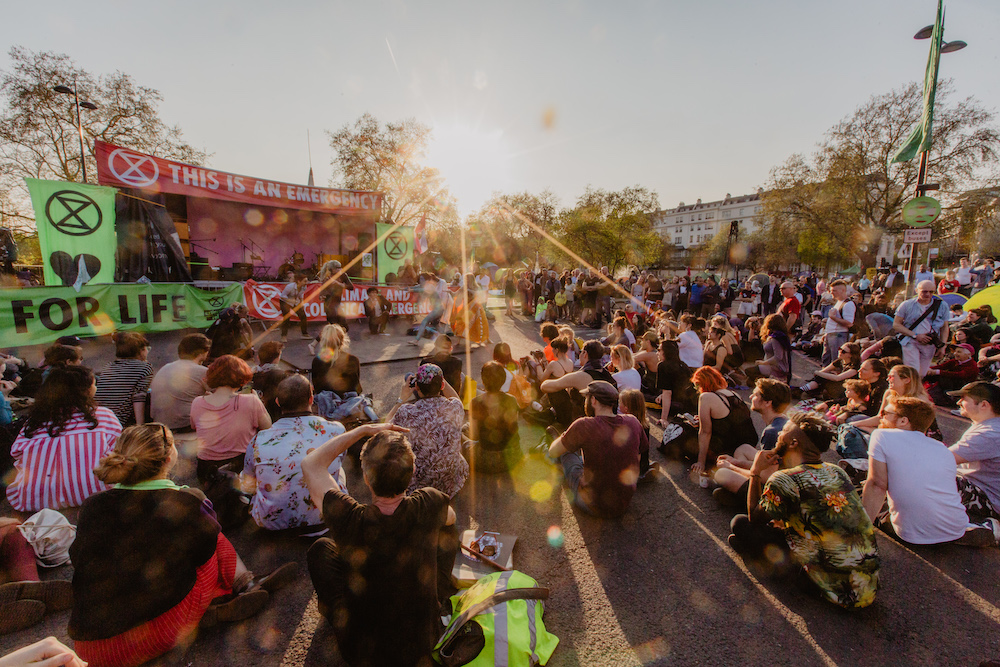 So What Went Down? 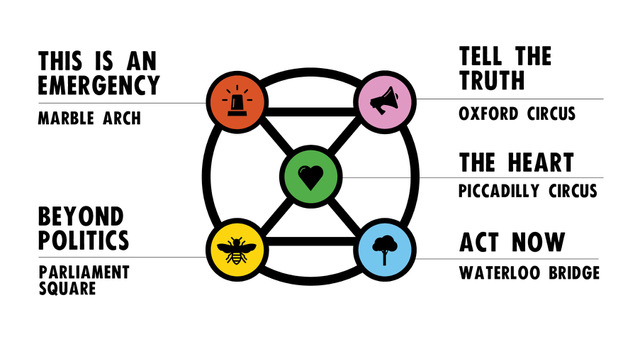 What Do They Want?

Drawing inspiration from a long lineage of non-violent civil disobedience (they mention Gandhi, the Civil Rights movement, and the Suffragettes), Extinction Rebellion highlights the fact that climate change is an existential threat (hence the outstanding / provocative name), and that governments across the globe are not treating it with the seriousness and urgency it deserves. Specifically, they want the UK government to declare a climate emergency, take action to reduce emissions to net zero by 2025, and form citizens' assemblies that help the government tackle climate and ecological breakdown...

It likely isn't practical. But, like the Green New Deal, it's helpful to think of it more as a demand for mass mobilization — an all hands on deck approach to a problem whose scale is rapidly increasing. Like compounding interest, action now will have a much greater impact than in ten or twenty years. The biosphere always pays its debts.

What Was The Reaction To The Protests?

By and large, it seems to be very positive. Although the police and some others prevented from traveling through the blocked areas were frustrated, many bystanders expressed support for the movement. In a very British way of putting things that seems to capture the spirit of the demonstration, protester Ben Moss said, "I feel really sorry for the inconvenience we are causing and it is nothing personal, but the inconvenience we will all face if we don’t tackle this will be much, much worse."

Can I Get Involved?

Members of the Extinction Rebellion aren't planning to slow down anytime soon (because neither is climate change) — they have quite a few upcoming demonstrations planned. Check out their events calendar here, and learn more about the movement here.

Oil Is What's For Dinner

In the deepest part of the ocean, bacteria chow down on oil and gas. Researchers from the University of East Anglia recently completed the most comprehensive analysis of microbes living in the Mariana Trench (which runs 36,000 feet deep) to date. Xiao-Hua Zhang, who led the study, said that "we know more about Mars than the deepest part of the ocean."

So What Did They Find, Exactly?

A new type of bacteria that breaks down hydrocarbons, a common byproduct of natural gas and petroleum, as well as other industrial products (like plastics). Scientists have found other microbes that use hydrocarbons as fuel (they were used to help clean up the 2010 BP oil spill in the Gulf of Mexico), but never this deep in the ocean, and not in such large quantities. They also discovered that hydrocarbons exist in the ocean at depths greater than 18,000 feet — and much of those come from the breakdown of surface pollution.

This new bacteria has obvious potential applications in breaking down industrial waste — we need all the help we can get there. But the researchers also found evidence of naturally-occurring hydrocarbons in sediment on the ocean floor — and at this point they're more interested in identifying the microbes capable of producing them, figuring out why they do so, and pinpointing the amount generated by humans. "These hydrocarbons may help microbes survive the crushing pressure at the bottom of the Mariana Trench, which is equal to 1,091 kilograms pressed against a fingernail," said researcher David Lea-Smith.

After a $14B upgrade, New Orleans’ levees are sinking.

Why our future may depend on the fate of the birds (really cool interactive piece from the NYT).

In Norway, humans struggle to coexist with wolves.

The hitler beetle and other oddities of scientific naming.

The cataclysmic break that (maybe) occurred in 1950.

The world's tallest known tropical tree has been found — and climbed.