This week the US Fish and Wildlife Service and NOAA announced proposed revisions to loosen the protections of the Endangered Species Act, a law passed in 1973 to protect vulnerable plants and animals from extinction. The law, which has restored populations of endangered species such as the grizzly bear, bald eagle, and humpback whale, requires the protection of critical habitats and the implementation of recovery plans to those listed as endangered or threatened. Species are continuously monitored — once they are deemed restored, they are removed from the list. 83% of Americans support the ESA, but industry groups (mining, oil and gas drilling) and some landowners argue that the protections are overbearing. Under the new changes, ‘threatened’ species won’t be protected at the same level of ‘endangered’ species, and opens the door for businesses to make an economic argument for developing near protected habitats (whereas previously decisions had to be made based solely on scientific data).

The ESA does a great job at restoring populations on the brink of extinction (like these). This proposal is part of a broader effort by the current administration to protect industry groups rather than the environment.

Read the full proposal here — the public has 60 days to comment, so make sure to express your opinion.

Grizzlies in Yellowstone have been removed from protection under the Endangered Species Act and the state of Wyoming is allowing the purchase of 22 hunting licenses for grizzly bears. Jane Goodall and others are protesting by buying up tickets in the lottery.

The Canadian government bought the Trans Mountain Pipeline, running from Alberta to Vancouver, in late May 2018. Resistance to pipeline construction, especially from Indigenous groups in British Columbia, is already building and some are calling it the “Standing Rock of the north.” US and Canadian law enforcement are preparing for a similar situation to the Standing Rock protests of the Dakota Access Pipeline back in 2016.

The Keystone XL pipeline, which extends the existing Keystone pipeline through Nebraska and Montana, was vetoed by Obama in 2015 due to protests, but Trump resurrected the project when he took office and the pipeline was recently approved by the Nebraska Public Service Commission along an altered route. The company building the pipeline, TransCanada, sent a letter to the Cheyenne River Sioux Tribe notifying them that they would begin preparing for construction. Tribal Chairman Harold Frazier fired back — “We will be waiting.” The tribe’s reservation is downstream from where the pipeline would cross the Cheyenne River and it worries that oil spills could contaminate the water. Meanwhile in Minnesota, the Ojibwe tribe is preparing to fight the replacement of the deteriorating Enbridge Line 3 pipeline. 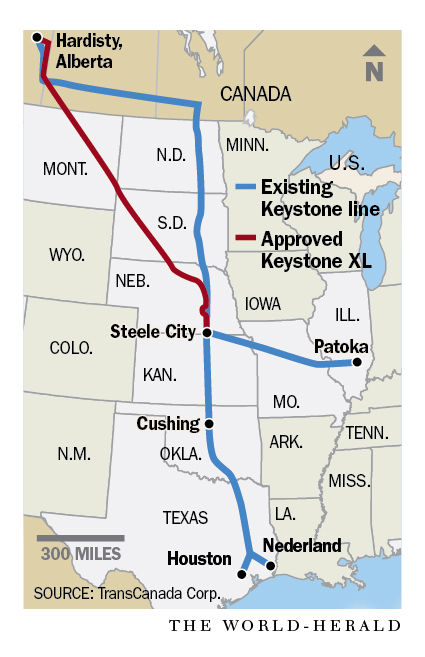 Remember Standing Rock? Protestors gathered in the thousands and were met with pepper spray, rubber bullets, and concussion cannons. These pipelines are being built through Indigenous tribes’ sacred grounds and main sources of water. Continuous construction of pipelines will be catastrophic for the climate as well, as the Canadian environmental protection agency estimates that the Trans Mountain Pipeline expansion alone would emit 13 to 15 million tons of carbon dioxide a year.

In case you were wondering, the Dakota Access Pipeline has been in full operation for over a year now.

A recent study published in Science Advances found that US National Parks have just as much ozone pollution as major cities. Wind transports ozone compounds — pollution created in LA floats off to parks like Yosemite, Sequoia, and Joshua Tree. To limit ozones in parks, experts agree that capping emissions in cities is the best strategy. On a related note, a recent report shows that Pittsburgh’s air is unsafe to breathe about four months out of the year. The city is also in the midst of a childhood asthma epidemic — the city rate is 22%, compared to the national rate is 8%. These low-cost monitors from Purple Air could help regulate air pollution in large cities.

The Vatican says that Canon law should include care of creation.

How does the environment fare on Amazon Prime Day?

Why doesn’t anyone care about farm-to-bong pot?

Senators geek out over sharks.