Solar power is inaccessible to many people. Installing solar panels on your home can cost between $10,000 and $25,000. Not owning your home, or having a roof that is too small or shaded, are just some of the barriers that make solar unavailable to nearly half of all Americans.

Let's talk about community solar, a model that could make renewable energy more accessible and potentially alleviate energy insecurity (1 in 3 Americans have to choose between paying their utility bill and other basic needs each month). Here's how it works: a group of individuals or company builds a solar farm and energy from that farm is injected into the local power grid. People subscribe and their utility accounts are connected to their subscription. The utility company then issues credits to all subscribers for the energy that the solar farm produces. One subscription-based solar company, OnForce, is building a community solar model in New York, aiming to make solar affordable for low and middle income communities. Community solar is growing quickly — nineteen states and DC now have policies that encourage and support the growth of shared renewables. 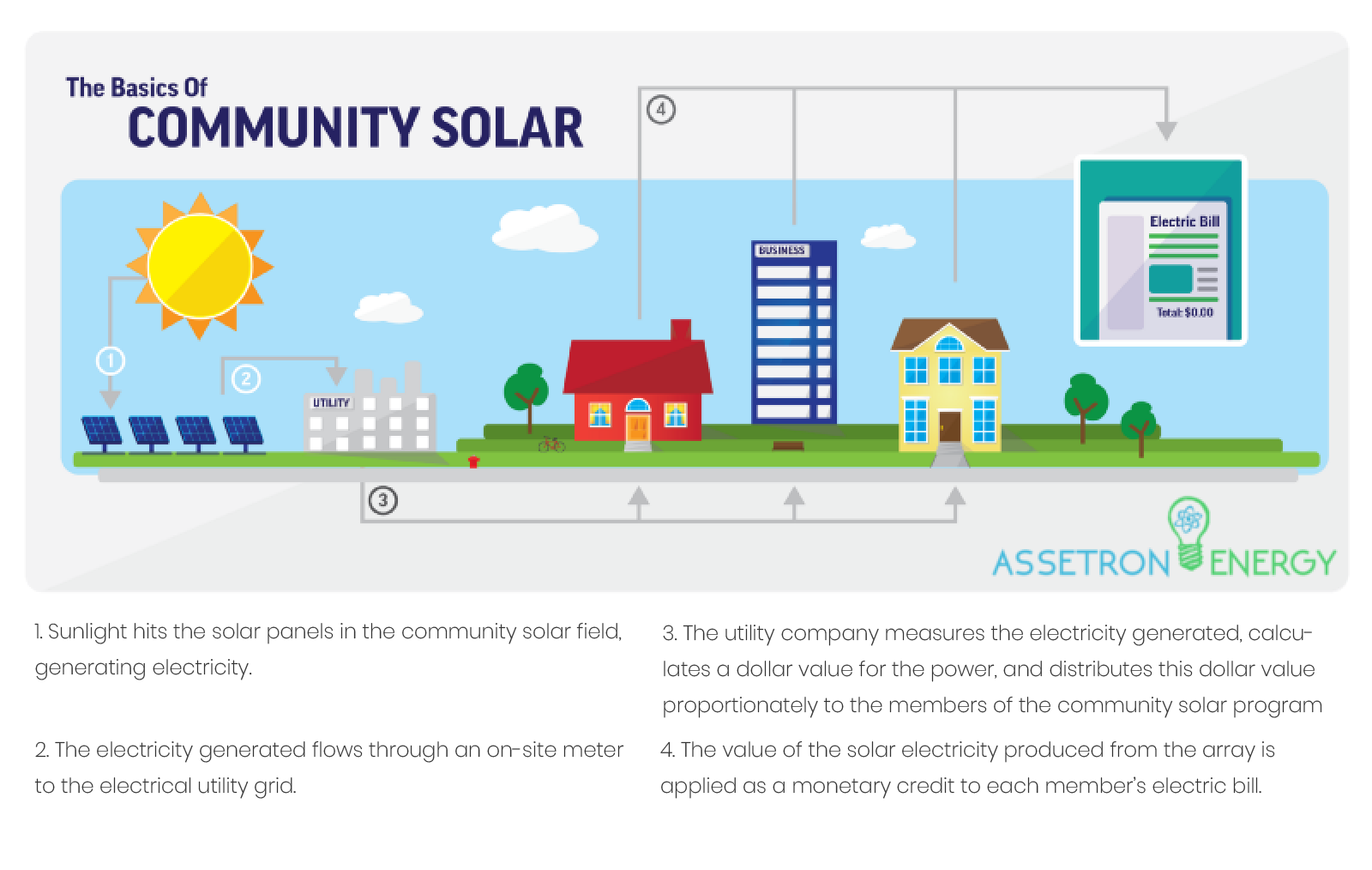 How to Get Involved

Assetron Energy also has some good FAQs on the subject.

When Trump pulled out of the Paris Climate Agreement last year, many US cities, states, and businesses reacted by rallying to support the agreement goals as a form of "bottom up" climate action. California Governor Jerry Brown took the lead and planned a Global Climate Action Summit in San Francisco, which took place this week and hosted thousands of climate activists, mayors and governors, CEO's, and representatives from more than 100 countries, including China and Germany. Part climate pep rally and part strategy planning, the summit is meant to "galvanize and inspire" and also to "show ourselves and the world that America is still in the game despite the abdication of the current national regime," according to former US climate envoy Todd Stern. Some of the strategies discussed this week include implementing more renewable energy, speeding up the process of phasing out refrigerant gases (CFCs), and preventing methane leaks from natural gas pipelines. Also at the summit this week, the US Climate Alliance (made up of 17 bipartisan governors whose states make up half of the US GDP), pledged $1.4 billion to support new infrastructure for and the purchase of electric vehicles. They also promised better land management (think: forests have the potential to store more carbon), do away with solar panel import tariffs, and restrict methane pollution. Mexico and Canada announced that similar policies will be implemented in their own countries at the summit as well.

7,000 cities and 6,000 companies have made global commitments to climate action since the Paris Agreement, representing a $36 trillion economy (much larger than the US economy). Subnational sector climate actions in the US will help the country meet half of its commitment made in Paris. While the summit demonstrates progress on international cooperation on climate initiatives, it also shows how much the world is still failing to do.

The EPA, Up to Old Tricks

Methane is a greenhouse gas that is 30 times more effective than carbon dioxide at trapping heat in the atmosphere. One third of methane pollution is estimated to come from the oil and gas industry, which emits 3.5 million tons of methane annually. This week the EPA announced their intention to roll back regulations requiring companies to routinely monitor and repair oil and gas leaks. Similarly, the Interior Department is releasing the final version of a proposal to repeal the restriction of burning methane during drilling operations. Industry groups are praising these proposals, as the proposed changes are expected to save the oil and gas industry $484 million by 2025.

This year, the EPA has already moved to weaken fuel economy standards and antipollution laws for vehicles, gut regulations to curb carbon emissions from power plants, and subvert other federal efforts to fight climate change. As the former Obama-era EPA's top climate and clean air regulator Janet McCabe states, "they're taking them down, one by one."

Oyster shells used to end up in the landfill, now they are being used to restore oyster reefs.

Peace in Colombia may threaten its biodiversity.

The League of Conservation Voters spends $60 million on 2018 elections.