ArticlesAboutContactSponsor
04.08.2019
Put Your Money Where Your Mouth Is
Subscribe

Put Your Money Where Your Mouth Is

Put Your Money Where Your Mouth Is

Despite a lot of clever rhetoric and public pledges to finance renewable energy products or go carbon neutral, major banks continue to play a major role in propping up the fossil fuel industry. Since the signing of the 2015 Paris Agreement, global banks have pumped $1.9 trillion into fossil fuel projects. The Rainforest Action Network released an outstanding report grading banks on their financing of fossil fuels (it's chock full of infographics) — check it out here.

So Which Banks Are The Worst?

Chase Bank leads the pack by a pretty large margin, followed by a series of US banks — Wells Fargo, Citi Bank, and Bank of America. Which is interesting considering that in 2015 these banks (plus Morgan Stanley and Goldman Sachs) released a statement calling for "leadership and cooperation among governments for commitments leading to a strong global climate agreement" and the need to "build a more sustainable, low carbon economy."

Have They Done Anything Positive?

Sure — the problem is that their environmentally-minded projects are dwarfed by their fossil fuel funding. In 2017, Wells Fargo invested $12 billion in sustainable projects, but spent $54 billion on fossil fuel projects. That same year Chase set a goal of becoming completely reliant on renewable energy by 2020 and pledged $200 billion in clean energy financing through 2025. Which is great, until you realize they've already spent more than that financing the fossil fuel industry since making the announcement.

Yep. However, activists in Europe have been making headway pressuring banks to stop funding coal, gas and oil companies. Banks there have responded to the political pressure — the World Bank, PNB Paribas (France), and HSBC (UK) have all stopped financing certain sectors of the fossil fuel industry. 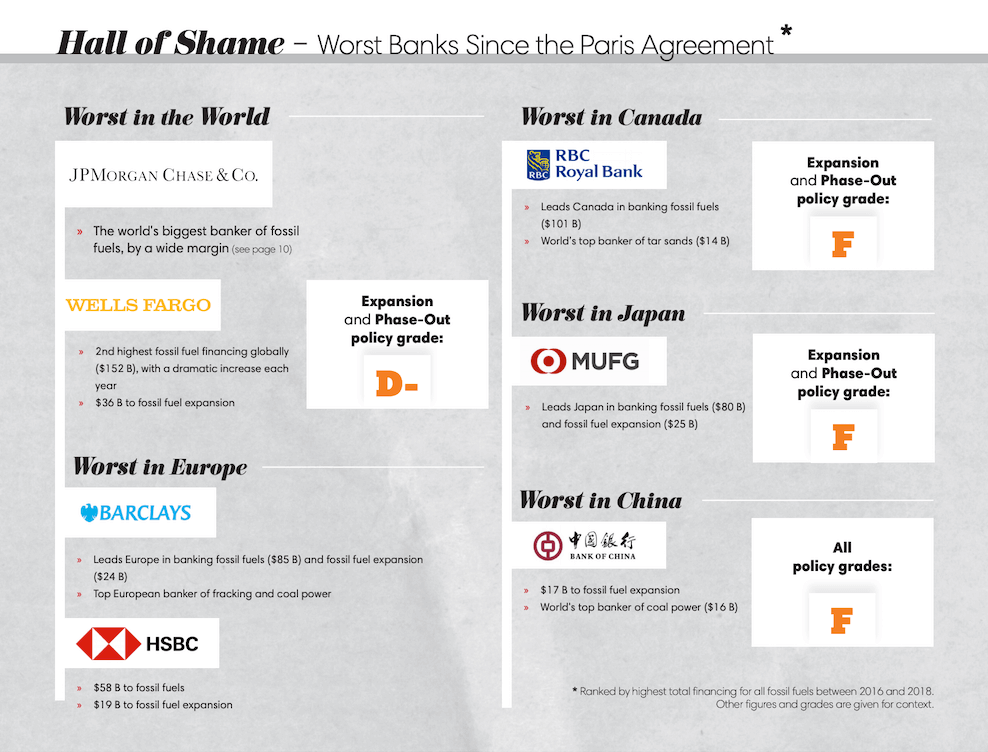 What You Can Do About It

Changing your bank is easy, and has a tremendous impact. If people collectively rejected institutions that financed fossil fuel projects, banks would be falling over themselves to get away from oil and coal companies. And there are plenty of banks that have sprouted up in recent years that support sustainable economic development, renewable energy, and local communities. So how do you figure out where you can ethically put your money?

There are a couple good places to start.

For more info, check out NerdWallet's breakdown of socially responsible banks. And let us know if you switch your bank! We love to hear stories about how you're making a difference.

Speak of the Devil

Tasmanian Devils have had a rough go of it in recent years — instead of trying to eat Bugs Bunny, they've been battling cancer. Several years ago scientists believed they were on the fast track to extinction, but as you might expect of a carnivorous marsupial (the world's largest, in fact) known for its displays of frenzied rage, they aren't going down without a fight. In a crazy demonstration of natural selection at work, it appears that Tasmanian Devils have managed to evolve a resistance to the rare form of cancer that's been ravaging their populations. 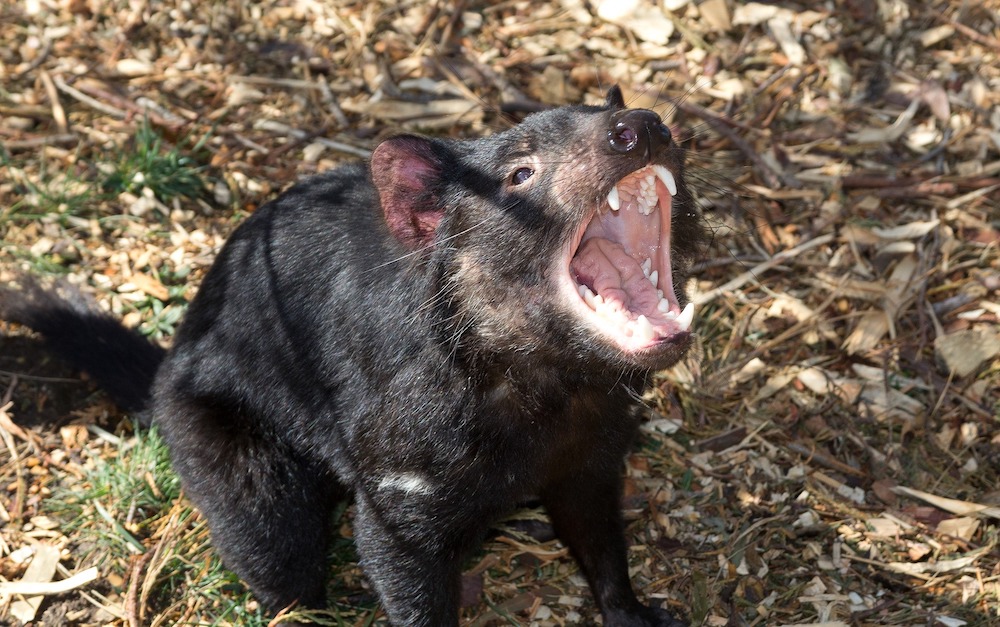 Let's Start At The Beginning

Now confined to the small island of Tasmania, devil territory used to spread across the Australian mainland, but it's believed that dingoes hunted them to extinction. Farmers nearly exterminated them entirely in the late 1800s (they were thought to kill livestock), but they made it through that gauntlet by gaining government protection in 1941. All was well until Devil Facial Tumour Disease (DFTD) struck in the mid-1990s.

Nearly all cancers occur as a result of mutations within cells. DFTD, however, can be transmitted from one animal to another. Devils spread the disease by biting each other in the face during territory disputes — which is actually a pretty run of the mill day for them. DFTD generates facial tumors with enough force to break a jaw, which starves the animal to death in 6 to 24 months. Since it was discovered, it has destroyed 90% of all devils.

And They've Managed To Adapt?

DFTD reduces population numbers by killing individuals before they can reproduce. But certain devils have developed immune system tweaks to help fight the disease. Some animals now have the capacity to live long enough to produce offspring, halting population decline. Others, remarkably, have conquered the disease completely — researchers have recorded 23 cases of full tumor regression. The crazy thing is that natural selection has concocted these survival mechanisms in only eight generations — unbelievably fast in evolutionary time.

But We Can't Celebrate Yet...

Taz isn't totally in the clear. The research team studying the devils predicts that over the next 100 years, there's still a 21% chance they could go extinct, a 22% chance they learn to live with cancer, and a 57% chance that DFTD eventually fizzles out. To hedge their bets, scientists established a colony of devils in the Maria Islands.

Aside From Their Weird Cuteness, Why Is This Important?

Tasmanian Devils are a keystone species, and Tasmania is one of the most unique and biodiverse islands in the world (check out the spotted-tail quoll, the pademelon, the long-nosed potoroo, and the Tasmanian platypus). Their loss would pave the way for other predators to run rampant, like the non-native European red fox, and would likely mean extinction for many species of mammals and marsupials found nowhere else in the world.

Patagonia is refusing to sell its iconic power vests to financial firms.

Could maple syrup be a climate change solution?

Idaho sets record low solar price as it starts on shift to 100% renewables.

Energy consumption increased at a record rate in 2018.

When a Big Ag conglomerate buys an iconic niche meat company, who has to change?

Why the US government just dropped 10,000 dead Christmas trees in a New Orleans wildlife refuge.