Redwoods sequester more carbon than any other tree on Earth. The largest living redwood (General Sherman), which lives in Sequoia National Park, stands 275 feet tall and 25 feet in diameter. But this behemoth wouldn't measure up to its ancestors, giant redwoods that grew 400 feet tall and lived 3000 years. Unfortunately nearly all of them were cut down over 100 years ago for lumber. For a long time, it was believed that cloning these ancient redwoods was impossible — until the Archangel Ancient Tree Archive (AATA) succeeded in doing it.

So How'd They Do It?

Redwoods are naturally self-cloning — before they die they create a circle of genetically identical sprouts around 20 feet from the tree called a "fairy ring". Arborists from the AATA noticed that the stumps of the former giants were encircled by these tiny shoots sprouting around the base, which were somehow still living. Over the next three years they propagated the shoots into saplings ready to plant. In December 2018 the AATA planted 75 of the coastal redwood saplings in the Presidio in San Francisco in the hope of creating a "Super Grove". 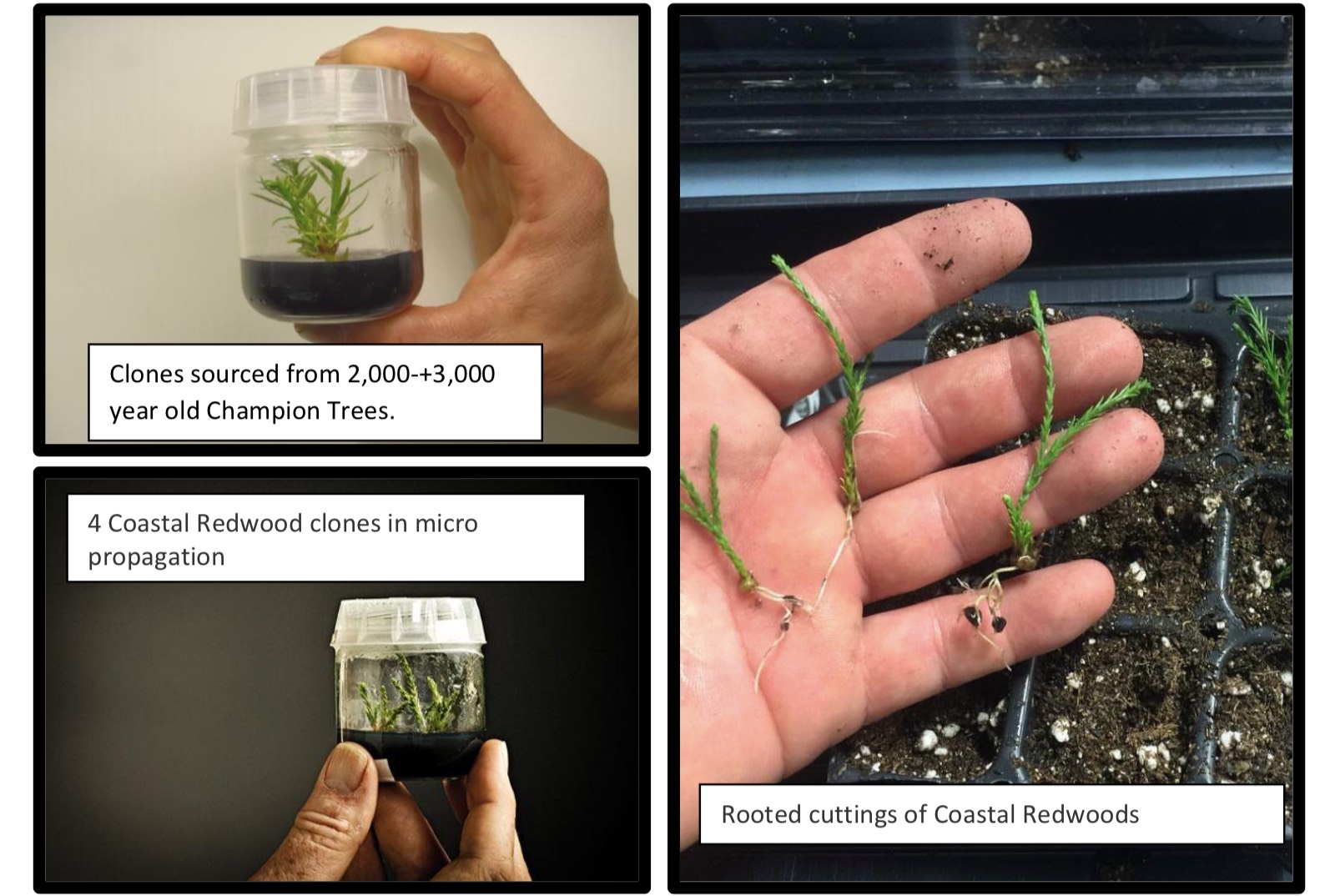 Trees play a key role in fighting climate change, absorbing CO2 from the atmosphere and storing it in their trunks as they grow — it's why deforestation is such a huge problem. And as the effects of climate change grow worse, conditions will become less favorable for trees to thrive. AATA founder David Milarch says "We’re looking for the biggest, oldest trees with the strongest immune systems who can survive in current climate conditions. We know something is special about them."

Read more about the AATA and their mission to archive the genetics of the earth's ancient trees here. 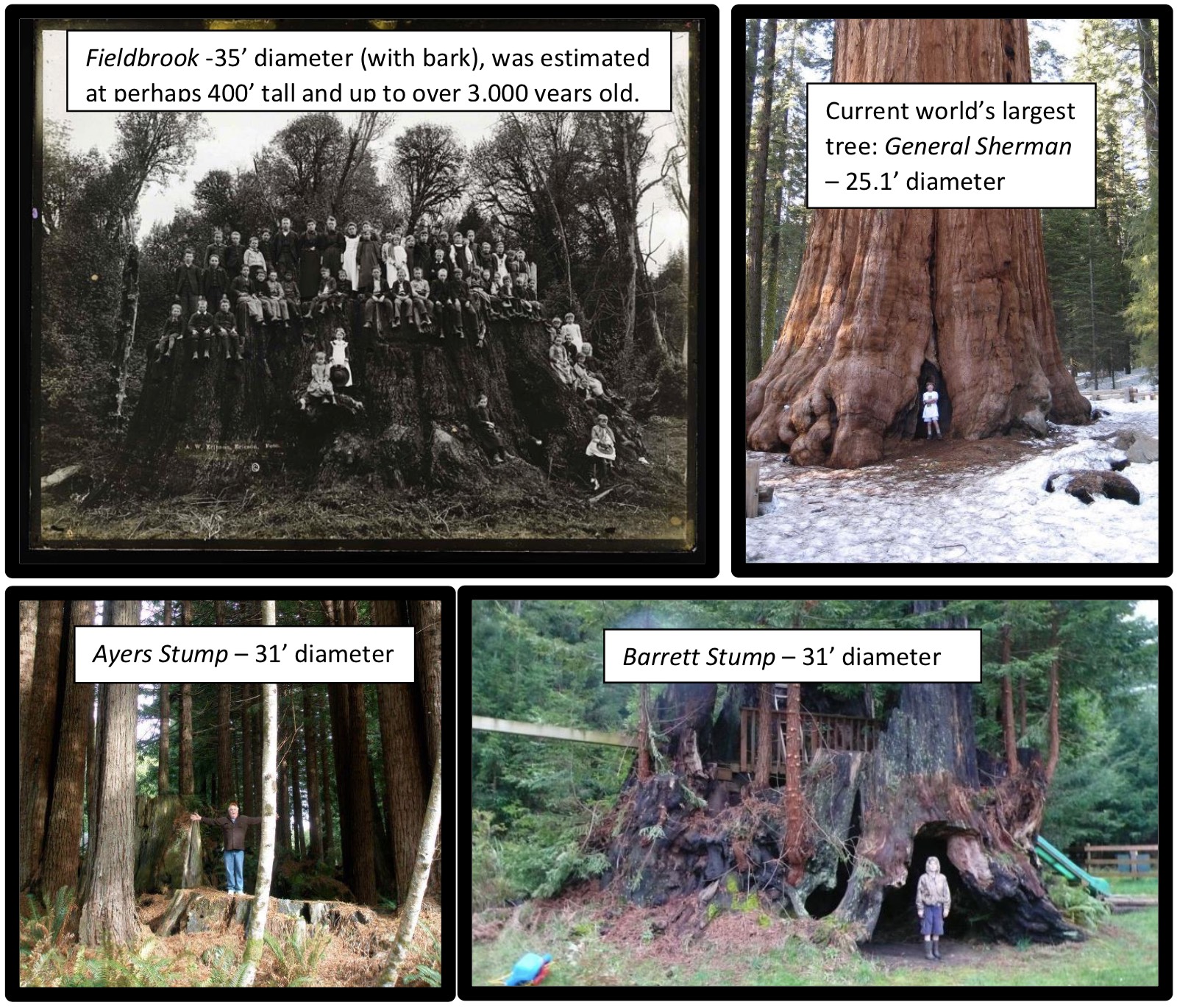 In 2008, California passed the Prevention of Farm Animal Cruelty Act. The law basically ensures that animals have enough room to sit, stand, turn around, and extend their legs. Seems like a good start, right? But in most commercial operations egg laying hens are only given 67 square inches of space — smaller than a normal piece of paper. Big ag egg producers in California argued that this law puts them at a disadvantage, so CA banned all eggs from caged hens, regardless of their origin state. As a result, several states that produce a lot of eggs sued California. Last week, the supreme court declined to hear the case, (along with a similar case in Massachusetts), keeping the law in effect in California.

Foie gras (the liver of a duck or goose fattened by force feeding them corn through a tube) will also remain off the menu — California banned it in 2004, out-of-state producers sued, and the supreme court said "case dismissed" last week.

USDA's cold storage stockpiles an insane amount of food. Think: butter that weighs as much as 10 Brooklyn Bridges, 74 million gallons of OJ concentrate, and more than 2.5 billion pounds of meat. Also included is 1.4 billion pounds of processed cheese. Over the last decade, milk production has increased by 13%, yet America's thirst for milk is decreasing (down 40% from what people drank in the 70's). Dairies turn excess milk into processed cheese because it's less perishable. But America's appetite for string and sliced cheese is declining as well, while the market for specialty European-style cheeses is growing. Fun fact: mozzarella is holding steady as the most produced and most consumed in the US.

Our food system is a mess. The industrial agricultural system still dictates how Americans eat and largely benefits big producers. It subsidizes supply that has outgrown demand. We have an incredible amount of surplus food, yet food insecurity in the US is at 13%.

A new review of the research on how fast oceans are warming was published this week. The general consensus of the research is that the oceans are heating up 40% faster than the IPCC (Intergovernmental Panel on Climate Change) previously estimated. The ocean absorbs 90% of all warming from human carbon emissions — and it's basically the thermometer for the planet, helping scientists figure out the extent of Earth's sensitivity to greenhouse gas emissions and how quickly it will continue to warm. The warming seas not only create new weather patterns on land (like increased rainfall, hurricanes, etc), but also rising sea levels, coral bleaching, melting ice caps and glaciers in the arctic, and the migration of species to cooler water, upsetting ecosystems.

We really need to stick to those Paris Agreement climate goals. If we keep doing what we're doing, that means almost a foot of sea-level rise by the end of the century, more species going extinct, and nothing cool to see when you go snorkeling.

Dindim the penguin travels back every year to visit the man who rescued him.

Something 2x the size of Earth knocked Uranus on it's side.

More buildings should be made out of wood.

Cigarette butts are the biggest source of ocean trash.