Rise of the Zombie Deer

Rise of the Zombie Deer

A neurodegenerative disease known as "Zombie Deer Virus" has been spreading through deer, elk, and moose populations worldwide. The disease, more scientifically called Chronic Wasting Disease (CWD), is spread by pathogenic proteins called prions, which cause proteins in the brain cells of an infected animal to fold improperly and clump together — effectively turning the brain into "Swiss cheese". It's been reported in 24 US states so far, as well as Canada, Norway, Finland, and South Korea.

Tell Me More About the Zombie Part...

An infected deer can show no symptoms for months or years. But near the end of its life, it will become more and more emaciated, leave its herd, and stumble around in repetitive patterns, grinding its teeth in a dazed search for water to quench its insatiable thirst. There's no vicious craving for flesh, however — just a withered, dementia-ridden animal struggling toward its deathbed.

How Does It Spread?

Mostly through bodily fluids, but prions can survive for decades and take the long route to a new host. For example, prions in an infected deer's feces could bind to soil taken up by plants, spread to its leaves, then infect another deer that eats the leaves. So it's slowly increasing in the wild.

Could It Infect Humans?

According to many experts, it's probable... The disease works in a similar way to Mad Cow Disease, which did eventually infect humans. There haven't been any reported cases just yet — in 2005 around 200 people ate CWD-infected venison at an event in upstate New York, and a six year follow-up study found no adverse effects in anyone who consumed the meat.

But given the long life of prions, this isn't necessarily the end of the story. In a recent study CWD prions infected human cells in a petri dish. Scientists have also demonstrated that the disease can affect animals carrying human genes (like mice, squirrel monkeys, and macaques).

Fantastic! How Do I Avoid It?

Well, the best way to avoid it is by not eating deer or elk meat (or moose, if that's your thing), since cooking temperatures are not nearly high enough to kill prions. Authorities recommend that hunters get their animal tested before eating it, but the problem there is that current tests can only detect CWD at a certain stage, so it isn't a guarantee.

Where Has It Spread So Far?

In the US, 251 counties in 24 states have reported CWD among wild deer as of January. But researchers think the disease distribution is actually much wider — states vary a lot in their animal surveillance systems, and these pathogens are good at staying undercover. Read more here. 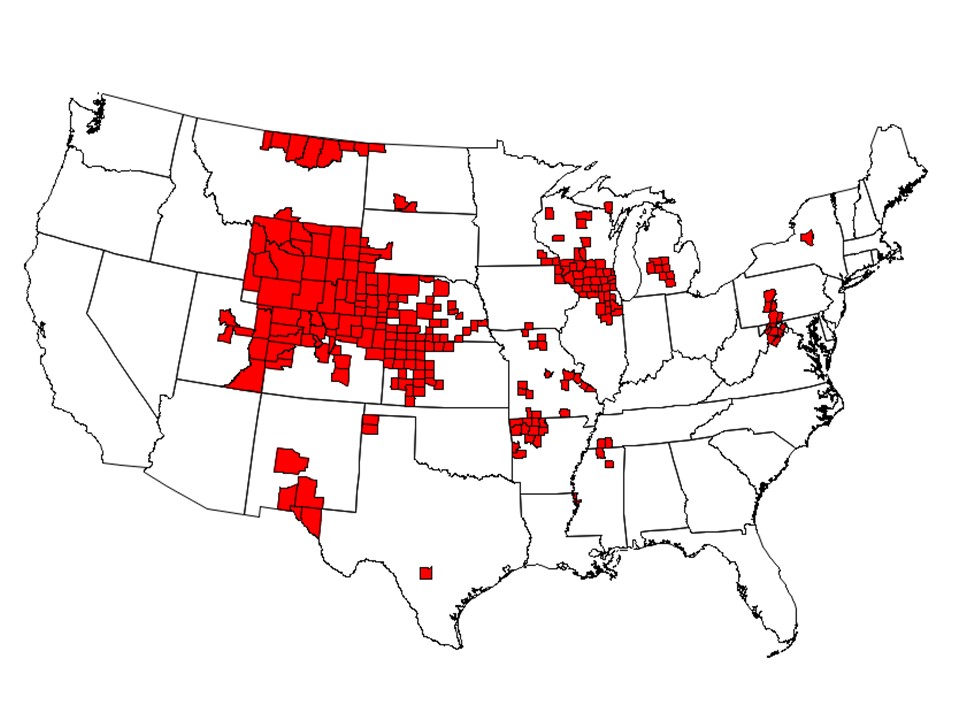 How many novels can you think of that center on climate change? In a prescient essay the writer Amitav Ghosh wonders why the topic of climate change is virtually nonexistent in contemporary literary fiction. He suggests that it's primarily due to the fact that natural disasters stemming from environmental collapse don't really square with realism in fiction — species extinction, super-hurricanes, dramatic sea-level rise and so on read like cheap plot devices, too contrived to reflect real life. But this is reality now. And the inability of our fiction to grapple with that reality mirrors our culture as a whole. Ghosh argues that this is a collective failure of our imagination, and believes that "this era, which so congratulates itself on its self-awareness, will come to be known as the time of the Great Derangement."

But at least we have Richard Powers, whose 2018 novel The Overstory tackles climate issues head on. It begins in a series of independent vignettes (aptly titled Roots) tracing the family origins of the main characters, whose paths eventually intertwine as their lives are shaped by their relation to trees. Each of these would be worth reading as a standalone short story — in the first a Norwegian immigrant working as a New England shipbuilder in the late 1800s heads west to Iowa with six Chestnut seeds in his pocket. He plants them and one survives. The tree becomes a novelty as blight wipes out most of the Chestnuts that used to blanket the Eastern US, and a generation-spanning family tradition develops — taking a photo of the tree on the same day each month. You can't see the change from one month to the next, but flip through the photos and growth emerges.

Through this lens, Powers weaves a brilliant, sweeping narrative that hammers home the point that we as humans fail to recognize the complexity and importance of that which develops on a different timescale than the one which we're familiar with. In our arrogance we fail to understand how much we don't know — and, in fact, that the world is not ours to make as wish. We are recent additions here, and the earth can easily shake us off if it feels like it.

The Overstory is a compelling reminder of the power of fiction to shape reality. Several of the main characters become radical activists modeled on the group Earth First!, whose founders took direct inspiration from Ed Abbey's novel The Monkey Wrench Gang. Powers seems acutely aware of the idea himself — a character in the book says: "The world is failing precisely because no novel can make the contest for the world seem as compelling as the struggles between a few lost people." Another claims that "the best arguments in the world won’t change a person’s mind. The only thing that can do that is a good story."

Here's to hoping that The Overstory changes minds, sparks more fiction of its kind, and spurs more people to environmental activism. In the mean time, its a book that will definitely make you think.

World's largest bee spotted for the first time in decades.

The beach nobody can touch.

Uranium ore stored at Grand Canyon Park museum may or may not pose health risk.