According to the CDC, 43 people in 12 states have been infected with Shiga toxin-producing E. coli (an especially bad strain) due to contaminated Romaine lettuce. They also mentioned that in the future Romaine will be labeled with a harvest location and a date, to avoid the "Don't eat any Romaine whatsoever" cry of alarm that happened before Thanksgiving last week. The FDA says the tainted lettuce came from the Central Coast of California — it's the third outbreak of E. coli caused by leafy greens in the past two years.

There isn't any info yet on how the lettuce was contaminated, but an outbreak last spring from Romaine grown near Yuma, Arizona, was traced to a tainted irrigation canal that runs along a large concentrated animal feeding operation (CAFO). Go ahead and connect the dots on that one. This points to larger problems within our food system — the inconsistencies in federal monitoring of large food-production supply chains, but more importantly the fact that CAFOs can recklessly pollute without any fear of repercussions.

What Can I Do About It?

Figure out where your leafy greens are coming from. Skip the bagged stuff from giant food-production operations and opt for fresh vegetables from smaller farms in your area (preferably not near a slaughterhouse...).

The View From Mars 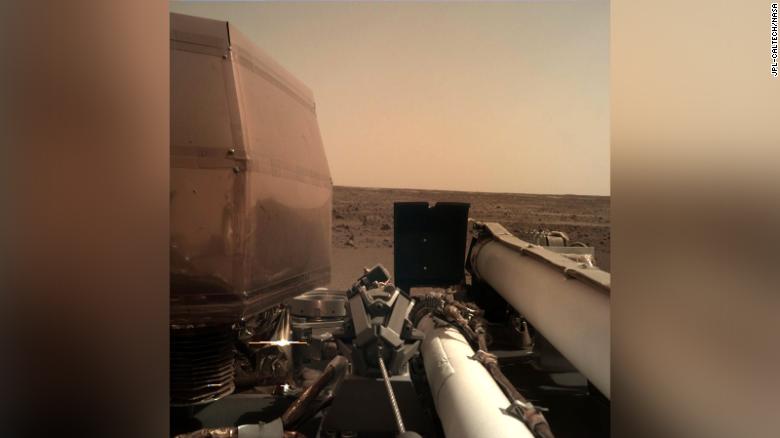 One of the first images from InSight on Mars.

What's It Going to Do?

InSight is basically a robot geologist that will "take the vital signs" of Mars — gathering seismology and temperature data. The "marsquakes" it detects will provide insight into what makes up the core of the planet, while data from a self-hammering heat probe (tunneling 16 feet beneath the surface) will help determine how Martian volcanoes formed.

Why Is It Important?

The movement of Earth's tectonic plates has obscured most of the evidence indicating how the planet formed — Mars doesn't have this problem, so it can be used as a sort of planetary fossil that we can examine. By learning about the internal structure of Mars, we can figure out how rocky planets (like Earth and Venus) form in general, and help us better understand the solar system. This knowledge could aid in the search for exoplanets that can support life.

NASA's Jet Propulsion Laboratory breaks it down in a YouTube video, while the Oatmeal does the same in comic form.

You heard about the federal government's Black Friday climate change report. On Monday, the UK released its biggest review of climate change for nearly a decade — which warned of future summers 5C hotter than today, sea level rise, and heavy rainfall and flash floods in winter. The UN also released its annual Emissions Gap Report this week, an update on how well countries are sticking to their commitments from the 2015 Paris Agreements.

You can read the report's overview here or check out the UN's interactive feature with data visualizations here.

International leaders are meeting next week in Poland for the Katowice Climate Change Conference, to discuss the next steps in fighting climate change. This is happening amidst mass protests in France (the "yellow-vest protests") over rising fuel prices. French President Emmanuel Macron says "You cannot be pro-environment on Monday and then when Tuesday comes be against rising fuel prices"...

The history of the oceans Is locked in whale earwax.