People are hungry for octopus. Over the past few years, the gourmet market for octopus meat has grown significantly and prices have increased, but wild catch has been on the decline. The proposed solution by the seafood industry? Octopus farming.

No one has had a ton of success farming octopuses yet. Their life cycle is difficult to recreate in a farmed setting and a low ratio of eggs reach adulthood, making it difficult to scale production. They're also naturally asocial, and go cannibal when confined in small spaces together. Regardless, many countries are starting to test the waters (Spain, China, Japan, Mexico, and Chile).

Why is This Bad?

The majority of the fish we eat these days is farmed (aquaculture) — and the environmental and ethical problems built into that system are numerous and deserve a discussion of their own. The biggest ecological problem is that most farmed fish are carnivorous — around a third of fish caught globally is turned into fishmeal, which is inefficient and wasteful. Octopus farming would be no different.

A group of scientists released a report this week detailing the ethical and environmental issues associated with the practice. They argue that feeding farmed octopus would deplete the wild population and do nothing to solve global food insecurity, given that production is geared towards upscale markets.

In addition, systematically raising octopuses in captivity would be an ethical tragedy. They are highly intelligent (some philosophers believe they're capable of conscious experience) and can feel pain and suffering. They can solve complex problems (check out this octopus escaping a jar), communicate with each other to coordinate hunting, learn to use tools, and can recognize specific humans. Octopuses require frequent cognitive stimulation and keeping them in captivity would be cruel and detrimental to the species.

We've royally screwed up factory farming with land animals, and solving the entrenched ethical and environmental consequences will be extremely difficult. Given this situation, why do we seem intent on making the same mistakes with aquatic creatures? Especially with those as fascinating and complex as octopuses.

Don't be a part of the increasing demand for octopus meat. When you eat seafood, go as close to the bottom of the food chain as you can. Shellfish, for example, eat plankton, so farming them doesn't require external inputs or fishmeal.

One of the authors of the report, the philosopher and biologist Peter Godfrey-Smith, wrote the book Other Minds: The Octopus, the Sea, and the Deep Origins of Consciousness. He talks about how the intelligence of the octopus is truly mind-boggling, given how far back they diverged from us evolutionarily and how different their neurosystems are (i.e. their tentacles are semi-autonomous, only partially controlled by their central nervous system). You'll come away from this book in awe of the octopus (and likely squid and cuttlefish) and amazed at how little we understand life at the depths of the ocean.

Gas-powered cars and trucks make up 20% of all US emissions — every gallon of gas you pump into your car translates to 25 pounds of CO2 released into the atmosphere. So moving on from gasoline and diesel would make a huge difference. Current alternatives still have issues — electric vehicles don't have great driving ranges yet and take a long time to recharge, and while newer models powered by compressed hydrogen don't have those problems, the fuel isn't energy efficient to produce and it's hard to store and transport. 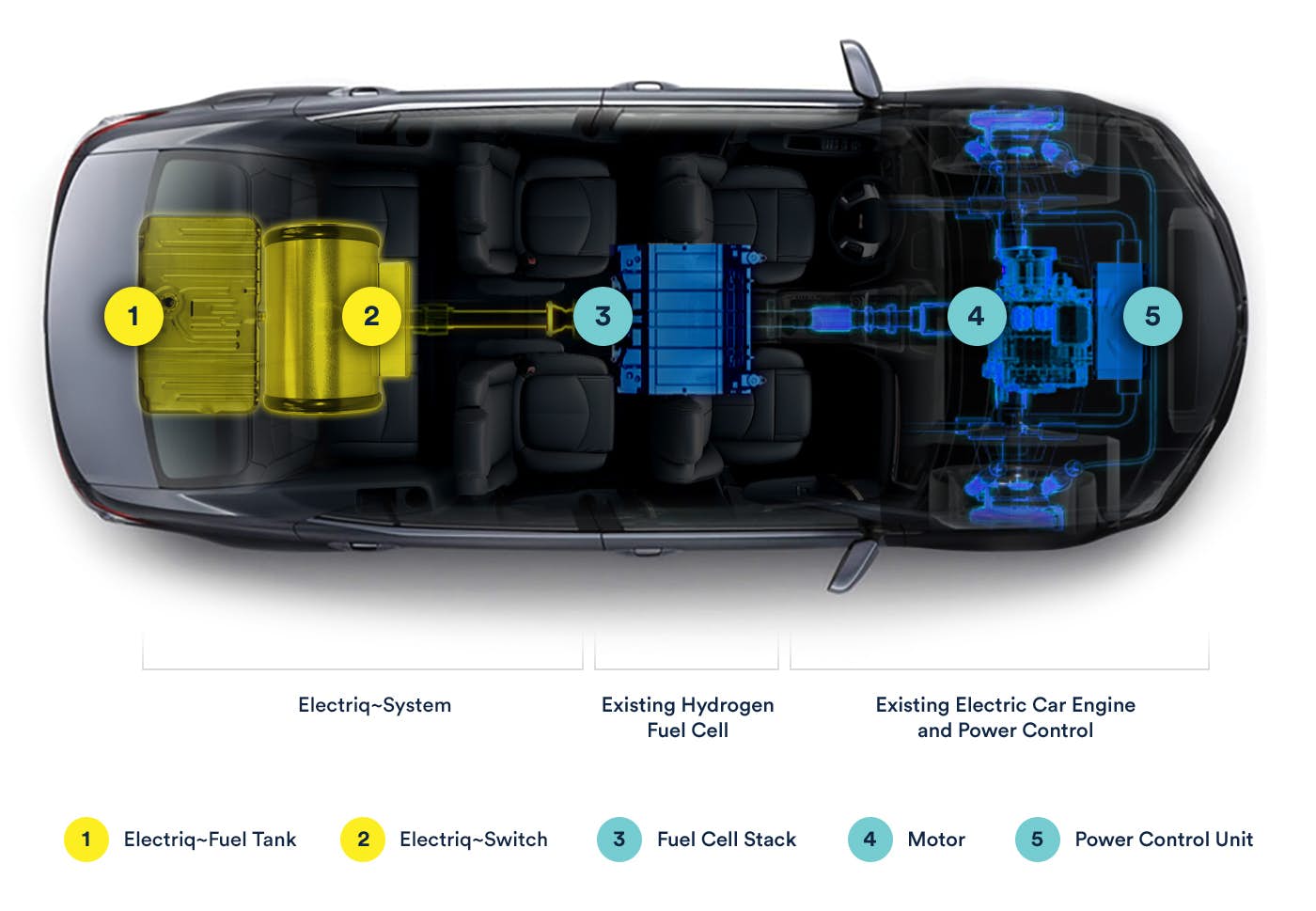 The company Electriq Global has developed tech that stabilizes hydrogen in a water-based liquid (which makes it easy to transport) that can be pumped like gas. They say a fill-up at the pump would cost half the price of normal gasoline, could be refueled in five minutes, and would give you twice the driving range of modern electric vehicles. The fuel contains about 3% hydrogen and 97% supporting material — while the hydrogen itself is used up in the internal chemical processes, the remaining 97% is completely recyclable.

It also plugs in well to the existing "gas station" infrastructure, which would go a long way towards adoption. 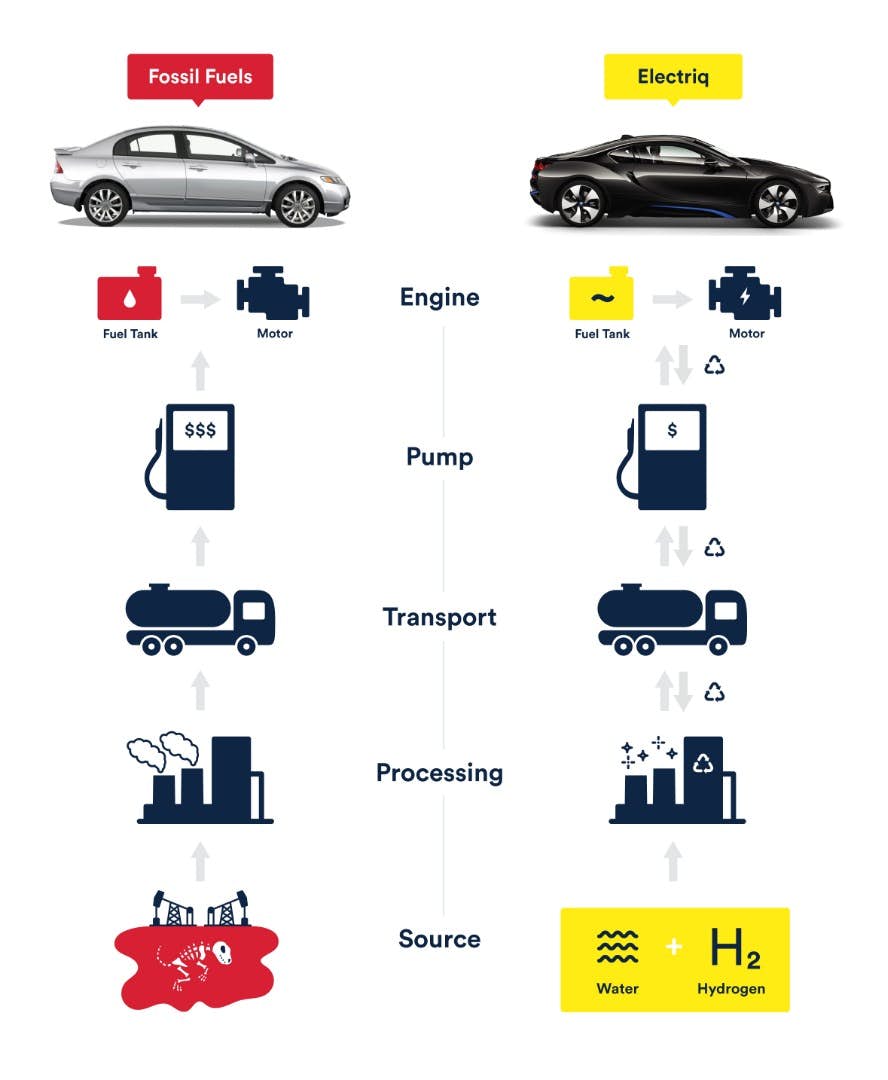 When Can I Get It?

The technology is still in its early stages. They're in the process of building their first fuel recycling pilot plant in Israel. They hope to complete a demonstration semi-truck that runs on the fuel this year, and a zero-emissions bus in 2020, projecting high volume production in mid-2021 and full commercialization in 2022.

Fish appear to recognize themselves in the mirror.

When it comes to palm oil, eco-labels might not work.

Spain to create second-largest marine national park in the Mediterranean.

It’s official: 2018 was the fourth-warmest year on record.