The Plants Would Vote For Coal

The Plants Would Vote For Coal

The White House is working to establish a climate panel to question the view that climate change poses a threat to National Security. The Presidential Committee on Climate Security would be chaired by National Security Council senior director William Happer, the world's biggest carbon dioxide fanboy.

Give Me Some Background...

This panel is a direct response to multiple reports from federal departments detailing the risks presented by climate change. Here's a brief overview of the big ones:

Analyzes the effects of climate change on the economy, agriculture, energy production, and health. The authors go into great detail about the massive burden climate change will place on the US economy (read our full breakdown here). In response to this, Trump said "I don't believe it."

Explores various threats to US national security. In the report Director of National Intelligence Daniel Coats writes that climate change is already affecting US military bases, in addition to "increasing water and food insecurity around the world, increasing the risk of social unrest, migration, and interstate tension..."

So Who's This Happer Guy?

A retired Princeton physicist with no training in climate science and a former hired gun for the fossil fuel industry. He's famous for claiming on TV that "the demonization of carbon dioxide is just like the demonization of the poor Jews under Hitler".

Happer was exposed by Greenpeace in 2015 for agreeing to accept money to write a report casting doubt on climate change. He also believes that "we should be telling the scientific truth that more CO2 is actually a benefit to the earth", that we're in a "CO2 famine", and that "if plants could vote, they would vote for coal". More scary details here.

Originally the committee was going to be created via executive order, but it seems to be moving in a different direction after an extemely negative public reaction. It will now quietly proceed internally with an ad hoc group of scientists who question the established view on human-caused climate impacts — this way it will not be subject to the same level of public disclosure as a formal advisory committee.

What Are The Implications?

It obscures the real and imminent dangers of climate change and polarizes what should not be a partisan issue — we do not have time to sit around and bask in ignorance and foolishness. Rear Adm. David Titley (former Oceanographer of the Navy) explains the absurdity well:

"I never thought I would live to see the day in the United States where our own White House is attacking the very science agencies that can help the president understand and manage the climate risks to security of today and tomorrow."

Global hunger has been on the rise for the last three years — 821 million people were undernourished in 2017. Climate change is largely responsible, as increased temperatures and extreme weather events like droughts, floods, and storms reduce crop yields. And it's only going to get worse. 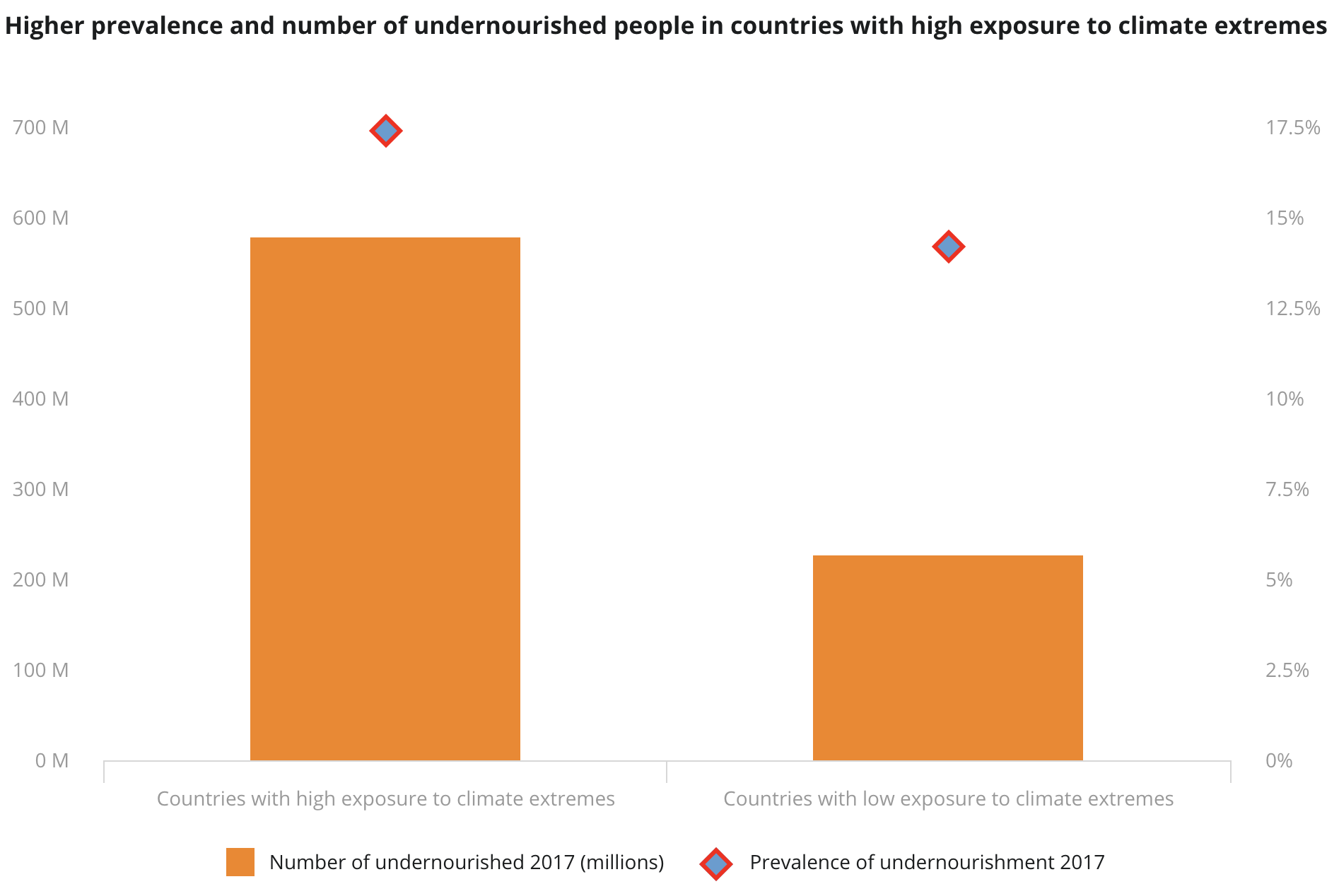 Source: Food and Agriculture Organization of the UN

So How Do We Adapt?

Subsistence farmers around the world need new crop varieties that can adapt to the changing climate and withstand growing stressors. Traditionally, organizations like the Wheat Atlas (which holds the official list of recommended wheat varieties) suggest a few commercial varieties for farmers to use worldwide.

But those guides ignore microclimates and diverse landscapes. Researcher Jacob van Etten recently crowdsourced data from over 12,000 farms in developing countries (from Nicaragua to India to Ethiopia), combining the experiments of local farmers to pinpoint the best climate adapted seeds in each region. In every case, the official recommendations failed to measure up to the local varieties in enduring extreme weather events.

As Walter de Boef, a consultant for the organization Crop Trust, puts it, crowdsourcing seeds "is not breeding — it is testing existing diversity, and democratizing gene bank collections."

So What's The Takeaway?

The 2019 Access to Seeds Index found that most major seed companies' new and improved seeds only reach about 10% of small farms worldwide. Breeding will never catch up to the magnitude of varieties needed to thrive in the many microclimates in the world. Increasing crop diversity and empowering small farmers with collective knowledge is the best way for communities to stay resilient in a changing climate, especially in impoverished areas of the world.

The 2020 race has its first climate candidate.

We need more women in the energy sector.

This eco-friendly startup will give your old crappy clothes a second life.

Winners of the 2019 Underwater Photographer of the Year Contest.

How plastic from clothing gets into seafood.

Machine learning can boost the value of wind energy.