Yes, It's Cold in Chicago

You've probably heard that Chicago is a bit chilly right now, and something about the polar vortex... So what is it? The polar vortex is a wind pattern encircling the Arctic, which keeps a lid on the freezing North Pole air. But every now and then the vortex weakens and cold air flows into the US like this past week. 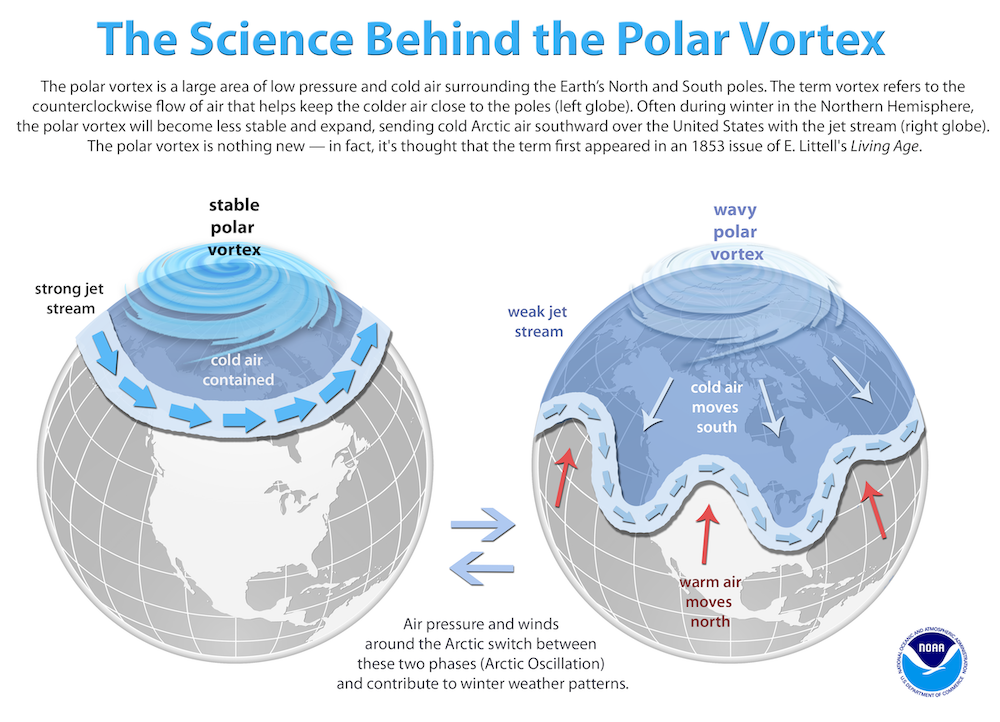 Arctic sea ice melts during the summer, which causes the temperature of the Arctic Ocean to rise — that warm air radiating off the ocean in winter months can disrupt the polar vortex. Arctic ice coverage always fluctuates from winter to summer, melting and freezing and melting again. What matters is the amount of ice coverage at its minimum point in September. Between 1979 and 2000, ice coverage hovered around 6 million square km. But it continues to decrease, hitting a record low in September 2012 at 3.4 million square km. 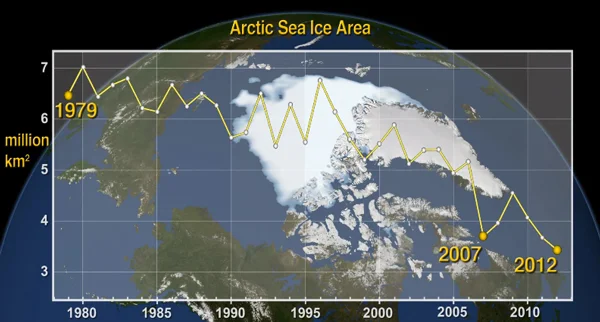 Yep. The arctic ice is expected to keep melting each year, so this could become less of an anomaly. Go here for up to date arctic sea ice news.

The transportation sector accounts for 30% of America's greenhouse gas emissions (the largest contributor in the US). And like many environmental issues, the costs are not distributed equally.

Can We Fix It?

A report released this week by TransForm and the NRDC looks at the inequalities baked into our current transportation system and proposes congestion pricing as a fix. In this model a city would charge drivers to access certain areas, with prices that could change with the time of day and traffic (think surge pricing on Uber).

The main idea? When people have to pay the true cost for something, they use it more efficiently. We often forget to factor in external costs when thinking about the price of things — in transportation these include pollution, accidents, time spent sitting in traffic, etc.

Revenue raised from congestion tolls would go towards improving public transit, subsidizing fares (for people with disabilities, students, low-income residents, and the elderly), and building more bike and pedestrian paths.

Is This Happening Anywhere Already?

Many large cities like Seattle, Los Angeles, New York, and San Francisco are exploring the idea of congestion pricing. London, Singapore, and Stockholm have already implemented it in their downtown areas — it's been a success in those cities, reducing congestion and improving public transit.

Fine, I'll Do It Myself

Despite a complete lack of help from the federal government (and what at times feels like active sabotage of environmental legislation), state governments are getting stuff done.

Governor Kate Brown is about to sign the Clean Energy Jobs Bill, which will establish a cap-and-trade program linked to the California-Quebec carbon market. The carbon cap will steadily decline each year and companies will have to pay if emissions are above the cap. Revenue from the cap-and-trade program will be reinvested into emissions reducing projects. The bill will also require Oregon to cut emissions by 80% by 2050. Oregon's climate agenda is ambitious and the state is also planning to build out infrastructure for electric vehicles, renewable energy, and energy efficiencies statewide.

State lawmakers are expected to pass a bill requiring NM to reduce its greenhouse gas emissions by 45% by 2030. They also joined the US Climate Alliance.

The state has pledged to run on 100% clean electricity by 2040. They also passed the Colorado Energy Assistance Act, which will help phase out coal statewide.

Governor Ron DeSantis issued an executive order to protect the state's water resources. The order includes $2.5 billion for restoration of the Everglades and other water resources, a task force to reduce algae blooms, a new Office of Environmental Accountability and Transparency (to make sure agencies use scientific research to set environmental priorities), and a new Chief Science Officer.

The governors of Illinois, Michigan, and Wisconsin all stated that they would join the US Climate Alliance as well, which would make nearly half of all US states members.

Berkeley has no more forks to give.

With its Greenlots acquisition, Shell is moving from gas stations to charging stations.

The next financial crisis could be caused by climate change.

Students are preparing for the first major US climate strike next month.