The Tide Is High

The Tide is High

As sea levels rise and storms hit harder and more frequently, we'll need to take steps to protect coastal cities. Sea walls offer the most obvious and basic protection. But building them is expensive. A new report from the Center for Climate Integrity does the math.

How Expensive Are We Talking?

Like bottle service or a trip to Disneyland, stupid expensive — it'll cost the US around $400 billion in the next 10 - 20 years. And the costs are not distributed equally. More than 130 counties face over $1 billion in costs, with the cost per person topping $1 million in some areas (mostly smaller communities).

No kidding. And just to reiterate, this is the bare minimum. The cost of building sea walls is only a small portion of raising defenses against an angry Poseidon (10 - 15%). Cities will need to fix up outdated sewer systems, rethink drinking water infrastructure, deal with damage to utilities, and many other things.

What Will These Cities Do?

For some coastal towns, this spells abandonment and retreat, a sacrifice of a community to the ocean. 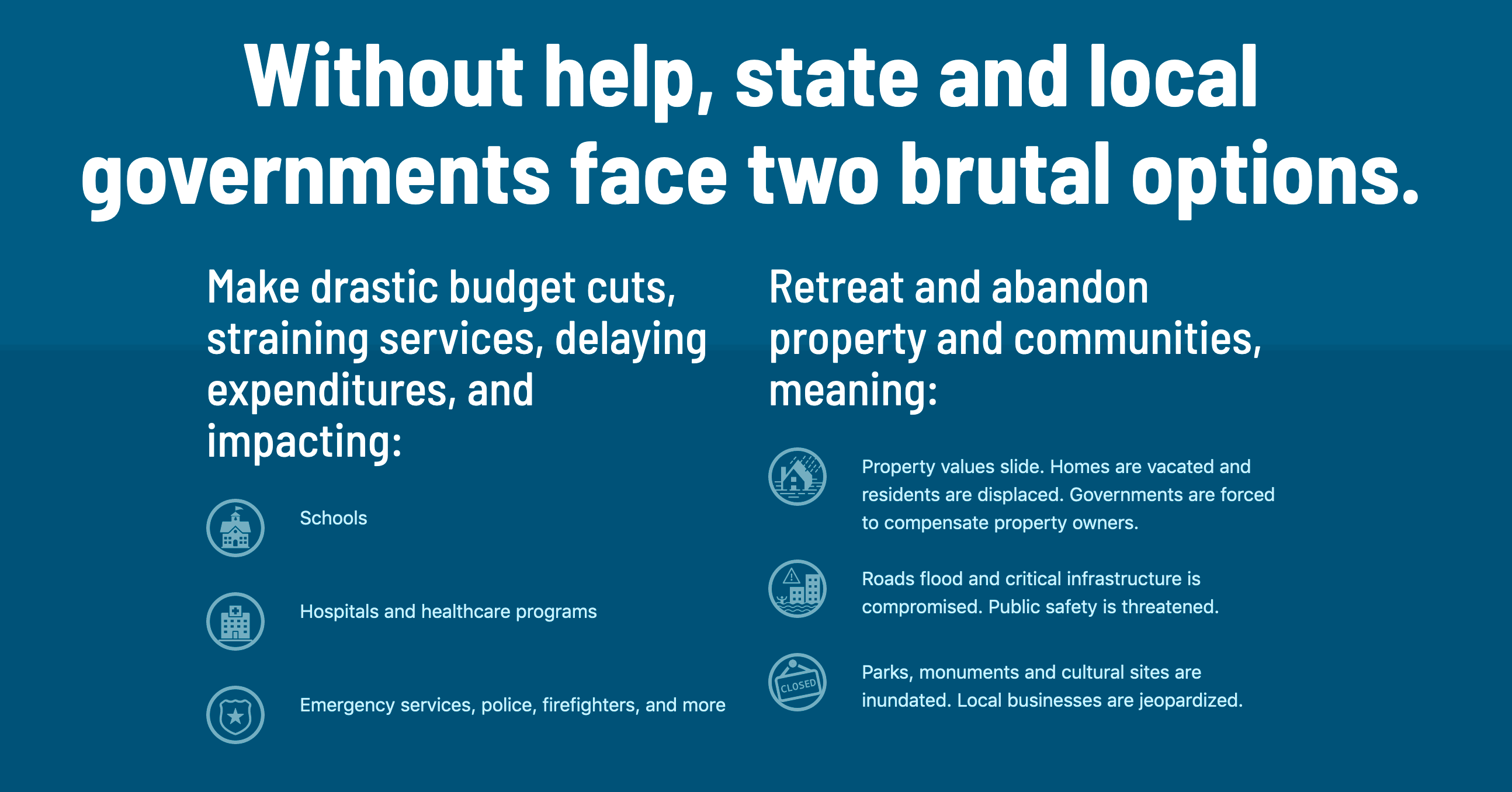 The report also raises a key question — who's on the hook for coming up with the money? Should taxpayers have to shoulder the burden, or should we actually hold oil and gas companies accountable?

As Bill McKibben puts it, "If only there were some massive corporations that had lied about climate change for 30 years that we could force to disgorge profits."

Check out the Center for Climate Integrity's interactive feature, where you can see what rising seas will cost different cities and states. Learn more about the study and how you can do your part here.

Let's Hear It For New York

What's Actually In It?

Why Is This a Big Deal?

These are big, aggressive, economy-wide targets — the type of climate action we need from states. New York's economy will see growth from investing in clean energy innovation and disadvantaged communities will be included in that growth. So far, California, Hawaii, Oregon, Maine, Washington, Colorado, New Mexico, and New Jersey are all aiming to go carbon neutral by the mid-century. As a result the market for zero carbon technology will continue to grow and other states won't want to be left behind. We need more individual cities and states to put climate plans into action in order to make up for the lack of action from the federal government.

While climate change spells disaster for many species, for others it offers a chance to be fruitful and multiply. Unfortunately, not the ones humans like.

Along with dengue fever-bearing mosquitoes (Aedes aegypti), a particularly nasty flesh-eating bacteria (Vibrio vulnificus) appear poised to range across the globe. Let's take it one species at a time.

A recent study found that in the coming decades dengue fever will likely spread throughout the Southeastern US, coastal Japan and China, and Australia, putting 2.25 billion people at risk by 2080. These are the same type of mosquitoes that spread Zika and chikungunya virus — and contrary to the tastes of most mosquitoes, which are not very discerning, aedes aegypti has a preference for humans. 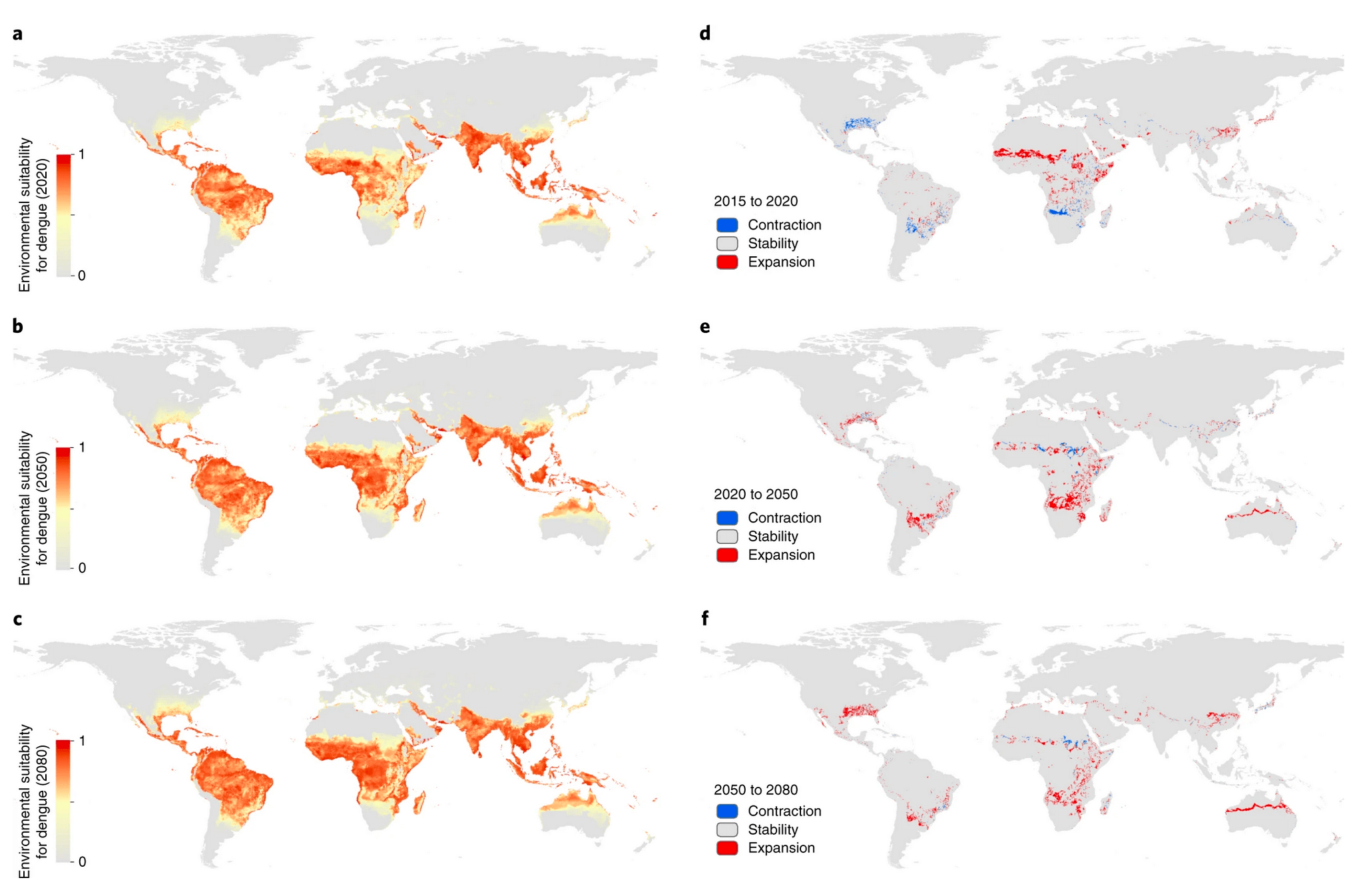 Although these flesh-devouring bacteria prefer warm, brackish waters near the Gulf of Mexico, rising ocean temperatures are allowing them to spread north. A new report describes five cases that have been reported recently in the Delaware Bay. The bacteria can infect humans who eat contaminated seafood or venture into the ocean with an open wound, causing necrotizing fasciitis, which destroys the affected tissues and can force amputations (and lead to death if not treated). But no need to freak out quite yet — infections are still rare, and mainly occur in people who already have problems with their immune systems.

How does your favorite supermarket rank when it comes to reducing plastic?

This striking climate change visualization is now customizable for any place on earth.