The Year of the Climate Voter

The Year of the Climate Voter

There are 35 US Senate seats and 435 US House seats up for election on November 6, 2018. Republicans currently have control over both the Senate and House, so Democrats have their work cut out for them. Republicans would need to lose 48 House seats and 7 Senate seats for 2018 to qualify as a wave election, an election in which one party makes significant electoral gains.

While no liberal candidate will solve all of our problems and the Democratic Party has plenty of issues of its own, Politico has found that blue states are much better at establishing tighter environmental regulation laws. As Trump is deregulating pollution and opening up federal land to more oil and gas drilling, states like Washington, Oregon, California, Vermont, New York, Massachusetts, Rhode Island, Connecticut, Maryland, Delaware, and so on have accelerated their own efforts to curb environmental degradation. In the 2016 election, of the 28 most carbon-intensive states all but one voted for Trump, while 14 of the least carbon-intensive states voted for Clinton. 14 states are following California's lead in creating stricter vehicle emissions standards, which represents more than a third of the US's auto market. The US Climate Alliance (made up of 16 states and Puerto Rico) has committed to phasing out hydrofluorocarbons, a potent greenhouse gas used in refrigerators and air conditioning. 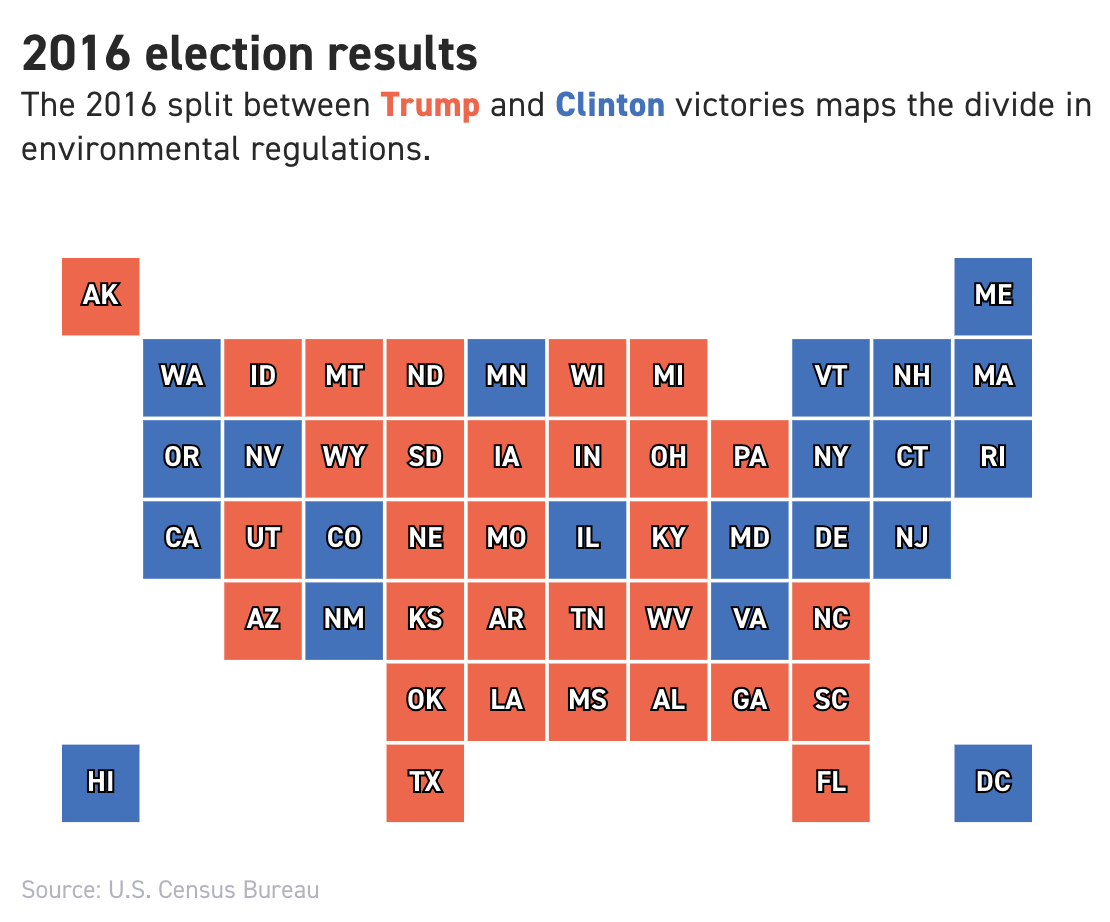 Policies at the state level are aligning with the political parties for which these states voted. Big businesses that Trump is trying to protect are having to navigate the different regulations in blue and red states.

2018 is the year of the climate voter. You can vote for candidates and legislation who will put environmental policies and people over big business and money. Here is the list of each state's Secretary of State website, where you can find a rundown of each candidate and piece of legislation on your state's ballot. Hint: look for the official voting guide.

Lithium-ion batteries, which are crucial for powering electric vehicles and storing energy from solar and wind operations, are composed of scarce minerals, are vulnerable to fires, and are expensive. This week, NantEnergy announced that they have developed a much cheaper alternative - a rechargeable battery that runs on zinc and air. 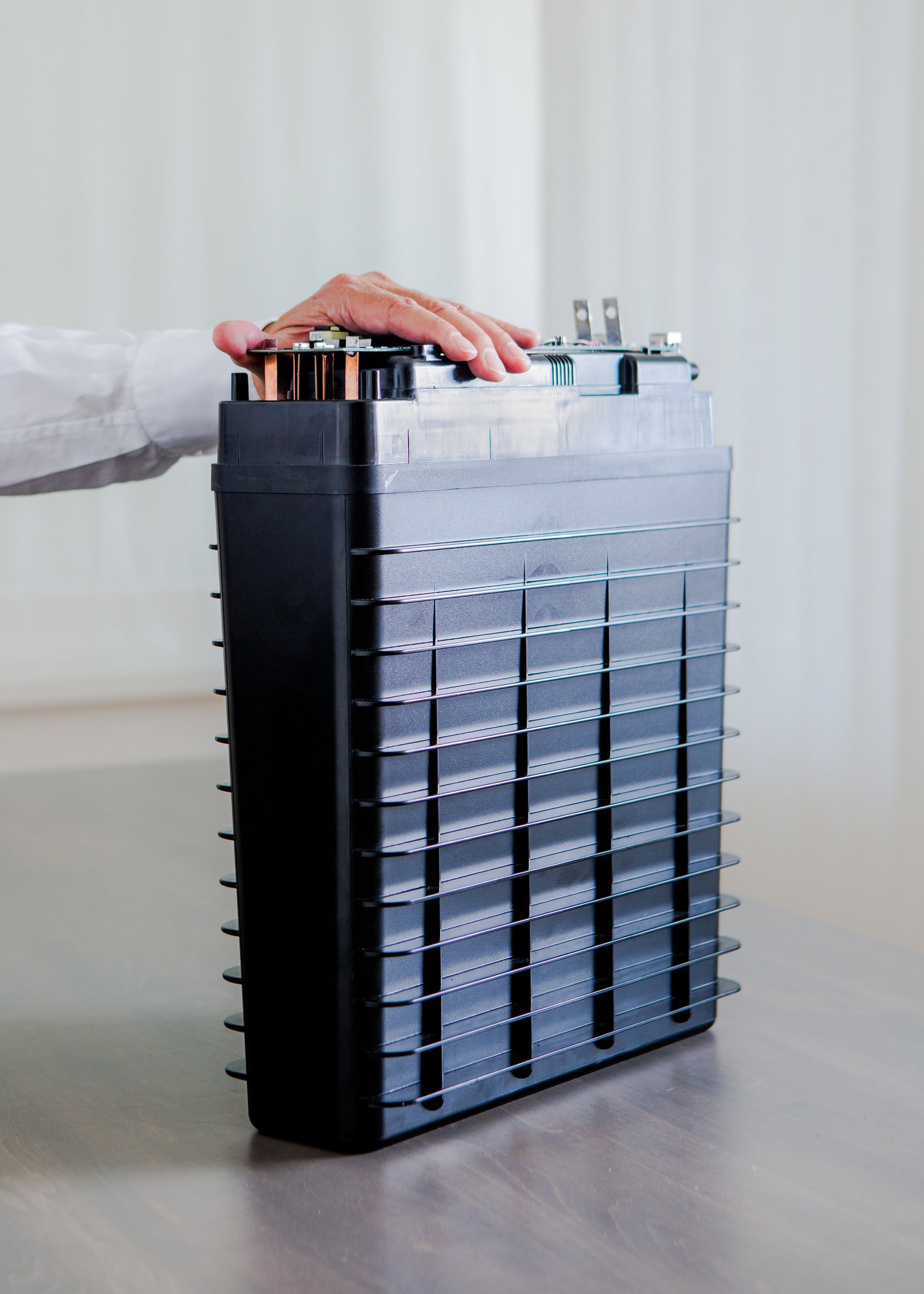 Fun fact — Thomas Edison tried to develop a battery using zinc over 100 years ago but the technology wasn't there yet. These batteries have already been tested in 110 villages in Asia and Africa that previously relied on generators or lacked electricity all together. Investors include the World Bank and the US Department of Energy. NantEnergy plans to expand the zinc air battery into telecommunication towers and eventually into home energy storage and electric transportation. Experts in the industry say that the zinc air battery is cheap enough ($100 per kilowatt hour) to transform the electric grid into a full time carbon free system.

This technology is a game changer for energy storage. In order for solar and wind power to grow, we need reliable and inexpensive storage solutions to handle the ebb and flow. For example, California has had to pay other states to take excess wind and solar energy due to the lack of adequate energy storage technology.

Batteries are not the only form of energy storage and scientists all over the world are exploring a variety of options. Think: compressed air in caves, molten salt, lakes on a hill, and an ice maker.

The Obama-era Clean Water Rule (also know as WOTUS: waters of the United States) is intended to clarify that the Clean Water Act also protects seasonal bodies of water, like streams, lakes and wetlands. The Clean Water Act is important for regulating pollutants that go into our water sources, including wastewater management. However, due to district court rulings, 24 states don't recognize the act. The argument: what counts as "a body of water"?

States that don't follow WOTUS argue that a waterway shouldn't be protected if it is "seasonal" or isn't filled with water year round, which would leave a lot of water in western states unprotected. For example, WOTUS restricts development in wetlands, which are crucial for absorbing rainfall in a flood, and would prevent building houses on top of floodplains. The city of Houston during Hurricane Harvey last year (one of the most expensive floods in history) would have been better off if the wetlands surrounding the city were left intact rather than covered in concrete and subdivisions.

The Clean Water Rule is needed to deal with the consequences of climate change caused rainfall or drought by helping protect seasonal waterways and using natural ecosystems to minimize flood damage. It also requires that structures built with federal dollars can withstand severe floods. WOTUS would encourage nature to do its thing instead of depending on levees and flood insurance after the fact.

Trump called himself an environmentalist.

Beluga whales in the Thames.

The UN reports we are nowhere on track to meet climate goals.

Are there ways to make oil greener?

Let's save some hummingbirds.