Think This Summer is Hot?

Think This Summer is Hot?

Let's assume that as a global society we meet the major goal of the Paris Agreement — keeping global warming lower than 2°C above pre-industrial temperatures (we're a little over 1°C now). Forget for a moment that 77% of the countries involved are not at all on track to meet that goal. So we curb it at 2° and the earth is happy, right? Not quite.

A study released this week suggests that even stabilizing temperatures at 2° could lead to a positive feedback loop as effects cascade (i.e. melting ice disrupts currents, which raises sea levels, which builds up heat in oceans, which further increases ice melting), powering the warming cycle until the earth becomes a hothouse (4-5°C). At this point coral reefs will be history, coastal cities underwater, the American Southwest mostly uninhabitable, and extreme temperatures the norm. 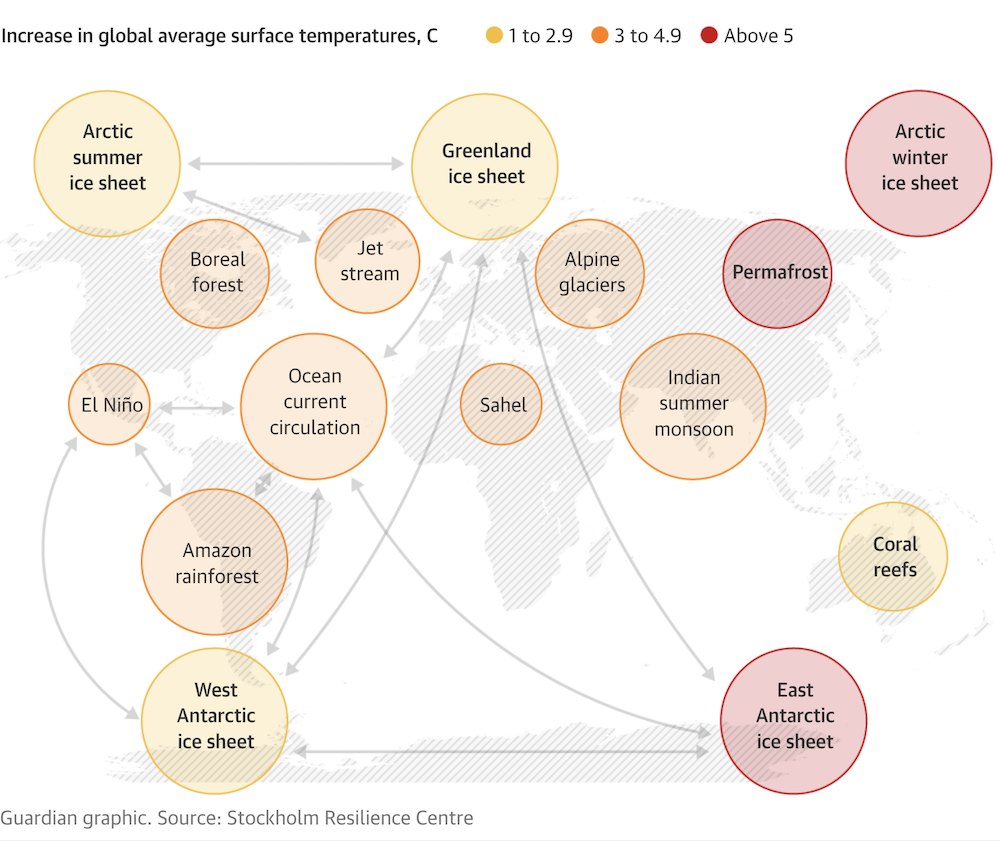 This study should terrify you. However, this is not our destiny. A fatalistic approach solves no problems. The authors of the paper stress this, saying we need “a coordinated, deliberate effort by human societies to manage our relationship with the rest of the Earth System.” Every bit counts too — a global warming of 2°C has more consequences than 1.5°C. Lots! This study shows the most effective things you can do to reduce carbon emissions — having one fewer child, living car free, and avoiding one transatlantic roundtrip flight have the highest impacts. Also check out An Optimist's Guide to Solving Climate Change and Saving the World. 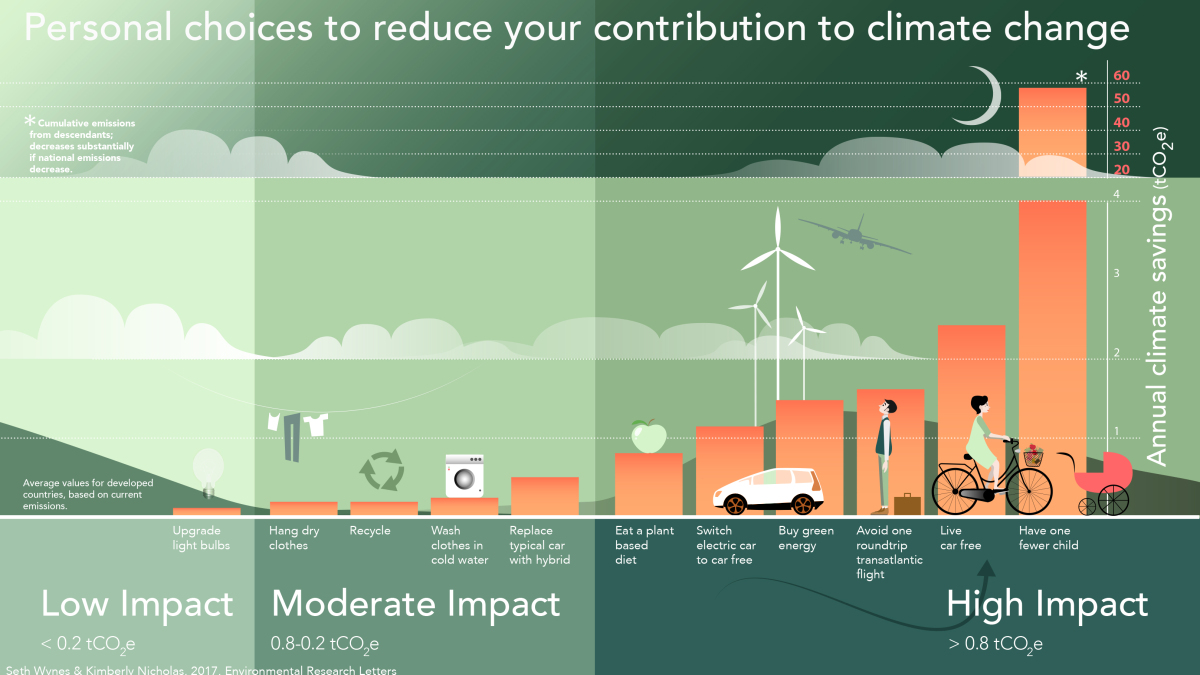 The NY Times published a fascinating article on the decade we almost stopped climate change? The Intercept and National Geographic offer their own critiques.

Chlorpyrifos, a widely-used insecticide, was banned this week. The Obama administration began work on a proposal to ban the chemical after a 2016 study showed exposure caused neurological defects in children, fetuses, and farmworkers. However, in March 2018, former EPA chief Scott Pruitt denied the petition to ban Chlorpyrifos following a reported meeting with the Dow Chemical CEO (its manufacturer, hmmm). A coalition of farmworker justice organizations (joined by the states NY, CA, WA, DC) sued the EPA and now the US Court of Appeals has ordered a ban on nearly all uses of Chlorpyrifos.

On a related note, asbestos is (sort of) legal again. Used in building insulation, it was banned in most countries in the 1970s, but the EPA recently authorized a rule allowing the distribution of products containing asbestos on a case-by-case basis. Also this week, the Trump Administration lifted the ban on neonicotinoid pesticides, which has been linked to declining bee populations.

The Asbestos Disease Awareness Organization reports that deaths related to asbestos use now total 40,000 annually. The EPA is showing a blatant disregard for the health of US Citizens.

A former school groundskeeper in San Francisco, Dewayne Johnson, sued Monsanto on the grounds that the use of an herbicide in their weed killer Roundup caused his non-Hodgkin's lymphoma. His attorneys argued that Monsanto knew about the risks and failed to warn consumers. An SF jury awarded terminally-ill Johnson $289 million in damages.

We Didn't Start the Fire

The whole state of California seems to be on fire right now. Media and research tends to focus on the role of changing climate and long-term dry conditions while overlooking a crucial factor: people being people. While fires are natural and essential for clearing out decay, restoring nutrients to the soil, and helping plants reproduce, they have gotten more frequent and destructive over time. The main difference between large fires of the past and present is the expansion of the wildland-urban interference (WUI), the area where houses are built adjacent to or within natural vegetation. In the US between 1990 and 2010, the WUI increased by 33% (190 million acres), while the number of houses within the WUI grew by 41% (13 million new homes). Higher WUI means more fires and more fire damage — 84% of wildfires are started by humans (accounting for half of all areas burned), which causes a tripling in the length of fire season.

The WUI continues to increase with no signs of slowing down, making more land ripe for burning. Fighting wildfires costs billions of dollars each year (2017 cost $10 billion). The currently-raging Mendocino Complex Fire is the largest wildfire in California history...

3400 inmates from the Ca Dept of Corrections and Rehabilitation work alongside firefighters to fight wildfires and earn just $2 a day.

Tesla's Model 3 is replacing the Prius.

Seaweed scrubs away more carbon from the atmosphere than expected.

An invasive new tick is spreading in the U.S.