"You are not mature enough to tell it like is. Even that burden you leave to us children... Our civilization is being sacrificed for the opportunity of a very small number of people to continue making enormous amounts of money."

You may have heard of this badass teen skipping school to sit on the Swedish Parliament's steps for weeks, challenging the govenment to do more to take on climate change. Although Sweden is an international leader in climate change policy, Thunberg argues that the country isn't doing enough.

So What Happened at COP24?

Leaders from over 200 countries gathered in Poland to settle on guidelines to put the 2015 Paris Agreement into action. This mainly outlines how governments will measure and report emission reductions so that all countries are held to the same standards and can't weasel out of their commitments. 2020 is the deadline set for countries to show that they have been hitting their targets and to set newer stricter targets.

The US, Russia, Saudi Arabia, and Kuwait hampered conference progress by refusing to acknowledge the IPCC's recent report on climate change and the necessity of keeping temperature rise below 1.5C. Leaders also did not talk about how countries need to set higher emissions reducing targets — while world leaders congratulate themselves on actually agreeing on some sort of process, many think that the conference fell far short of the action that is currently needed.

Why Should You Care?

How we approach the next decade — the policies and new forms of energy we embrace — will decide our collective future. Greta says it best: “You say you love your children above all else, and yet you are stealing their future in front of their very eyes.”

Another One Bites the Dust

The latest to exit the revolving door in Washington is Ryan Zinke — Trump announced the embattled Interior Secretary's resignation on Saturday. Zinke has faced 11 formal investigations during his tenure, with scandals that include shady real estate deals with oil companies, using government funds for personal travel, reassigning dozens of senior officials in his department, threatening Senator Lisa Murkowski (and wearing MAGA socks...).

The Interior Secretary oversees all public lands (over 25% of the nation's total area), which gives the position a lot of influence on US environmental policy. 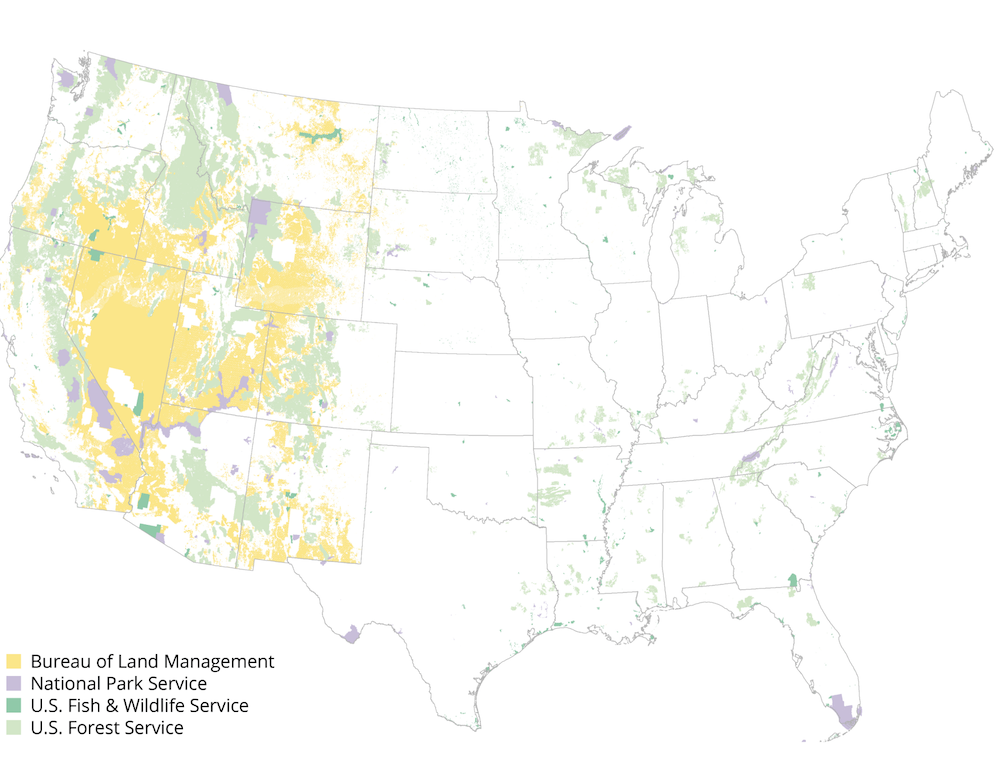 Map of Public Lands from The Outdoor Alliance

Zinke has used this influence to systematically rollback environmental regulations and push the agenda of oil and fossil fuel companies. Some highlights:

The Union of Concerned Scientists has a fantastic timeline of the important moves Zinke made while in office — check it out here.

So It's Good He's Gone, Right?

Actually, not really... The acting head of the department now is David Bernhardt, a former oil lobbyist, who many regard as the mastermind behind most of the deregulation policies passed over the last couple years. So very little is likely to change. This pattern reminds many of what happened recently within the EPA, where former coal lobbyist Andrew Wheeler replaced Scott Pruitt. In both cases, low profile men with deep insider knowledge are replacing scandal-ridden, easy to hate villains. Their ability to stay under the radar could be dangerous.

Hawaiian monk seals keep getting eels stuck up their noses.

Senator who shot a climate change bill with a rifle to lead energy committee.

Environmental effects of a real Christmas tree vs an artificial tree.